I am delighted to be able to tell you that our first guest at Hedsor in 2008 will be wonderful young saxophonist Vasilis Xenopoulos. Clive Burton will be, as usual, in charge of the ensemble (and his trombone), and we launch 2008's Jazz at Hedsor season at 8.30 pm on Thursday January 3rd. Usual door and raffle charges apply.

Happy New Year to you all,

Geoff C
Posted by Geoff Cronin at 7:56 AM No comments: 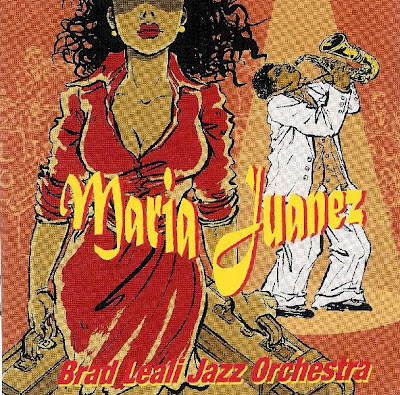 It's almost here. That day in December that we have waited for with baited breath (even "Good Bait"ed breath), the day we have saved that last ounce of energy for from the rush of present buying,.

Yes I do mean that The Hedsor Jazz Christmas Party will at last be with us on Thursday!!

So, do come, bring friends, and enjoy the music of the Clive Burton Quartet, plus special Guests Mike Wills on reeds and John Coverdale on guitar. £5 entry, and your ticket will gain you half time light nosh, and a strip of raffle tickets!! With some excellent prizes on offer!! It all kicks off at 8.30 pm.

BUT still on the journey to Hedsor, you could take in another special night at The Harrow in Hughenden Valley, because on Wednesday 19th, singer Lynn Garner has "snared" (her word) that wonderful pianist Ray Poole, and that legendary bass player Harvey Weston!! The evening starts at 8.30 pm, food is available beforehand, and even better, the music is FREE.

After that what can I say... well, Lynn is also back at The Harrow on Saturday 22nd December with one of her Comedy Nights, accompanied by Zane Cronje on keyboard and Brad Lang on bass. And that's all before the turkey is trotted out on December 25th! (He might not be too trotting by then perhaps).

On December 27th There will be a stragglers convention at Hedsor for those who are able to make it, and as that includes the band, I don't know who will be playing, but if your at a loose (tube) end, do come along.

Joking aside (if I was?) don't forget that to keep live music alive, we need to have people turn out to create that most elusive of all things, an audience. So do please try and support the live music venues that are around. Next year we will need them even more than this.

And one of the events that will perhaps encourage you to brave the January weather is Cookham's fabulous Shirtlifters evening of Winter Ineluctability at Pinder Hall on January 26th. Knobble Charles Benson for a ticket before he flogs them all, he usually does!

So, through the dark and cold of this last winter week, what have I discovered to listen to?

I was staggered as I tidied my workshop (OK, some of you have seen my garage, so no rude comments please). I put on a CD called "Maria Juanez", thinking it was going to be another world music CD (we know they make ideal raffle prizes), but NO. It is a big band CD, with an ensemble led by Brad Leali (whom I'm sad to say I had never heard of) on Alto, with a trumpet section led by Jon Faddis. Its truly amazing. Slightly anarchic in a carnival sort of way, but with a band that swings without caution. Its on a Swiss label "TOB The Montreux Jazz Label" and has lots of original compositions, and some familiar ones (Pink Panther for one). It really should be yours if you like big band jazz. As usual, the cover art will be on the blogg, the number is TOB 26902

Its time for a short rest now between drinks, so that's it for now, except to wish all of you a Very Special Christmas and health and wealth for 2008.

Geoff C
Posted by Geoff Cronin at 1:53 AM No comments:

Todays Nag will be short!! I'm behind with my Christmas letters!!

BUT it has been decided that The Guitar Jazz night, scheduled for MONDAY 17th, will be CANCELLED, due to the band (James Fenn etc) getting better paid work over Christmas!! The nerve of it I ask you.

They will however come to play for us next on Monday 21st January. AND, they have promised to rehearse for that too. Their guest artist will be announced later, but put it in your diary, as these evenings have certainly been full of quality music.

A reminder for you too that This Thursday at Hedsor we have again that very melodious saxophone player John Rolls. Wasn't he good last week.

Don't forget to buy your tickets for our Christmas Party on December 20th. £5 will get you in, feed you with mince pies, and give you a raffle ticket. The music will be provided by Clive Burton and his merry (by then) men, with guests Mike Wills and John Coverdale (Sax and Guitar respectively). Don't wait too long, as the room doesn't hold too many people! I would hate to turn you out into the snow. You may even have to seek refuge in a stable and go home via Egypt!

For the somnambulant amongst you after Christmas, there will be a session at Hedsor on December 27th. WE NEVER CLOSE!

AND if that wasn't enough, Cookhams Fabulous Shirtlifters are, even as I write, practicing for their Evening of Winter Ineluctability (January 26th). You have GOT to be there (Pinder Hall,tickets from Mr Charles Benson!).

Geoff C
Posted by Geoff Cronin at 2:10 AM No comments:

Just a little reminder, and an alteration to my list of last week.

Al Nicholls has email to say that the King & Castle gigs for December are as follows:

5th & 12th - Al Nicholls Trio with the venerable Rex Bennett and Bob Haddrell.
19th - Jeff Williams Trio
and the King & Castle is at Thames St. Windsor, it takes place from 6.30 - 9.30pm, and admission is free.

Unfortunately, Al has found better paid employment for this Thursday (Yes, some clubs do pay musicians more than 2/6d!), and his place at Hedsor will be taken by sax man John Rolls.

On December 20th, at Hedsor, it has been decided that we will only charge £5 for the Christmas Party tickets (which will be on sale this coming Thursday), and our Guests will be John Coverdale on guitar and Mike Wills on all the saxophones!! Do come yourself, and try and bring a friend. (No, its not a bring and buy sale). It will be a great opportunity to let others who haven't experienced our friendly club atmosphere and wonderful music to see and hear it at its festive best. The ticket price will include a Festive Feast, AND a strip of raffle tickets!! The prizes will also be of a present quality!

Geoff C
Posted by Geoff Cronin at 1:33 AM No comments: