This week Hedsor Jazz hosts guitarist John Coverdale. Always welcome at Hedsor, John is a musician of huge experience which he is currently sharing with Eton College students, he is a guitar tutor their! 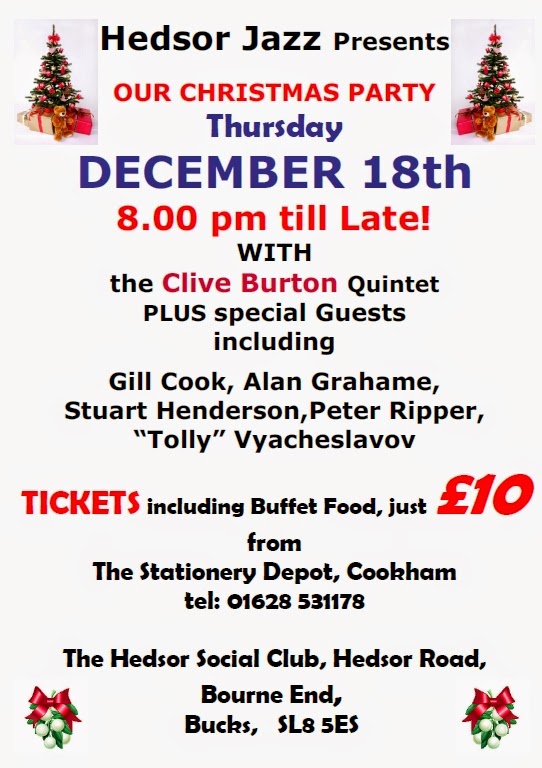 Looking further ahead, tickets for our Christmas extravaganza are now available, either on a Thursday evening from Dee at The Hedsor Social Club, or any day of the week from The Stationery Depot in Cookham (tel:01628 531178). Wherever you buy them from the price is the same, just £10 each!

CD’s Listened to this week.

There are two this week, that I bet you would have walked past if you saw them in a rack in a charity shop (there are VERY few places for you to look through a rack of CD’s these days!). 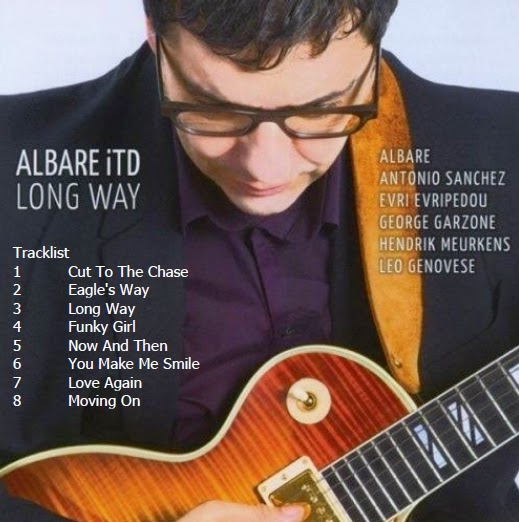 The first is by a group called Albare iTD (I understand the title stands for "International Travel Diary"). The CD is called “Long Way”. I know very little about the people playing, apart from the drummer Antonio Sanchez. If you like well-recorded guitar led modern jazz music (I hate to describe it as “fusion” as it isn’t quite!) then search this out. It’s on the enja label - ENJ 9582-2 and was released in 2012. It has harmonica by Hedrik Meurkens, a tenor played by George Garzone, Leo Genovese on piano and Evripidis Evripidou on bass. Albare is the guitarist, (who was born in Morocco) so, you may well have overlooked this gem more than once in the last 2 years, but gem it is. Smooth, funky, beautifully recorded and expertly played. On a website review said of it :-

“An all star sextet with one of the most impressive guitar releases for the year. A most unique personal hybrid of global textures combined with the more traditional forms and functionality of modern jazz. An absolute favourite for 2012!

So there you go!!

Now I personally don’t know the leader, who is the drummer, but I do know altoist Alex Garnet. I also know organist Peter Whittaker. I also know tenor saxophonist Brandon Allen, who at one time was in the Berkshire Youth Jazz Orchestra, which migrated into “Pendulum”. But the shock to my system was the guitarist. Terry Smith I haven’t seen for many years, and to be honest thought he had died years ago. I remember seeing him with Dick Morrissey at The Bell in Maidenhead in the 1970's and he was deeply indebted to gin for his relaxed playing in those days! The other shock was that it was recorded in a pub in Acton, West London, very near where I was an apprentice!! And the label is Actone Records!!! How many links do I need?

It’s a terrific record. If you like Nigel Price’s organ trio (which has Peter Whittaker in it), you’ll like this CD. If you like Vasilis’s “Wind Machine” you will like this CD. There are tunes on it from the likes of Wayne Shorter, Lee Morgan and Oliver Nelson. It’s great jazz was recorded in 2008 and its on ARCO 1003.  A drummer led band and not a drum solo in sight!! WOW.

I hope we see as many of you who can get out on Thursday at Hedsor. We do still need a live audience to keep live jazz alive!!