And time for another blog.

I was not able to get to Hedsor Jazz last Thursday, anyone who ever gets a migraine will appreciate why I didn’t get there!! I had one!

Sadly one of our regular guys, a loyal supporter for many years, was also unable to get to Hedsor last week. John Jordan suffered a heart attack. Fortunately it wasn’t too serious (I have had 3, and I can assure you they are always serious) and John is being looked after in where he underwent a “procedure” yesterday. I am sure you will all join me in wishing him a speedy recovery.

Because of my migraine I managed to miss another of Hedsor’s heart condition regulars:- Mike Wills. I am assured he played his socks off! Not that there is photographic evidence for this! BUT Geoff Swaffield’s photos of him, Jezz Cook and the rest of the band are below. 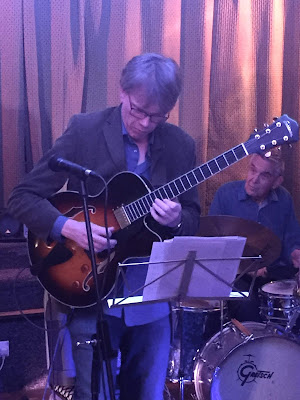 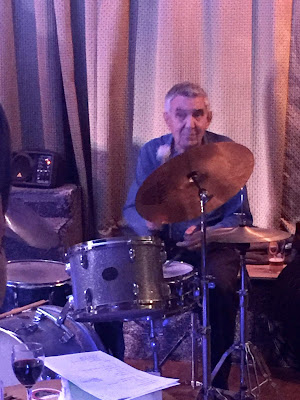 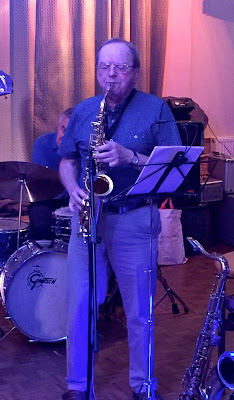 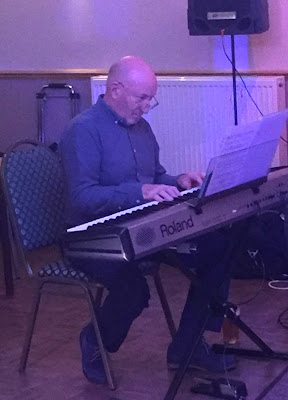 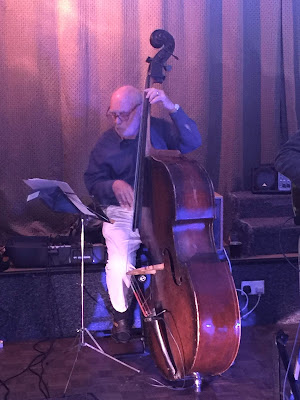 This coming Thursday, September 20th, we have one of our Gala nights. The BBO Big Band will be with us, starting at . Some tickets at £10 each are still available.

More detail of this event, and the guests for the next few weeks can be found in last weeks blog.

Just as a reminder, the next quintet gig is September 27th when we have Max Brittain on guitar and Duncan Lamont jr on tenor sax.

I have had time this week after the migraine left to listen to some recorded jazz.

First up was a CD on the Act label, and I may have mentioned it before. It is very entertaining and is called “Basiecally Speaking”. No, it isn’t a spelling error, almost all of the tunes have been played by the Basie Band.

Drummer Pete York has played over the years with diverse company. The Spencer Davis Group, Chris Barber’s Band, Dr John, and members of what at the time was know in the rock world as “Deep Purple”. On this ACT release he is coupled with 3 European jazz musicians (ACT is a German label), Torsten Goods on guitar, Gabor Bolla on tener sax and Andi Kissenbeck on organ. They make a really good sound, more modern than you might expect from the Chris Barber reference, especially with the influence of Gabor Bolla on sax, who is a real find. Once you have listened to it through once, play it again, but I would advise you skip the tracks where Mr York sings. OK he is better than me, but I don’t record the results! 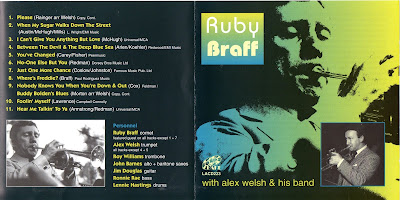 Next was a blast from the past brought about by our recent guest at Hedsor, Roy Williams. was one of the mainstays of the legendary Alex Welsh Band, and in 1967 American trumpeter Ruby Braff joined the Welsh band on a tour which took in ’s “The Dancing Slipper”. The evening was recorded (initially for his own entertainment) by Allan Gilmour. This recording has recently been released on the Lake Label (LACD223) and is a great reminder of what the Welsh band were like in their heyday. It also acts as a reminder as to how bad the local pianos were back then!

The Welsh Band are in great form (as is Braff), and all the players are those that those of us who used to go and see them in the 60’s and 70’s will remember. That does mean that the trombone player IS Roy Williams, and alongside him is John Barnes on reeds, Jim Douglas (who eventually married Alex’s widow) on guitar Ronnie Rae on bass and of course Lennie Hastings on drums. The CD was first released in 2006.

BUT with good fortune, I will be supporting LIVE JAZZ at HEDSOR JAZZ this Thursday!