The blog is a little earlier than usual this week, as tomorrow I have the exciting prospect of being kitted out (wired up) with a 24 hour ECG monitor! One then has to “carry on as normal”, which may not be quite as “normal” as normal!

Wires were a little controversial at last weeks Hedsor Jazz session. The connection from Nigel’s keyboard to our PA came under threat from various feet, and in the end had to be protected by a chair!

Last week was a very melodic and joyful session (apart from Nigel’s concerns on his “connections”). Max Brittain and Alan Grahame produced a relaxed Modern sound (it was Modern in the 1950’s) which gained good applause.

Also getting her fair share of praise was bassist Esther Ng. A really wonderful find. I had not heard her before and the good reports of her visit in July were no exaggeration. She was a genuine part of the percussive effect during her solos, often matching Alan’s use of percussion as an accompaniment. I knew she has a medical background, but she is a genuine PhD, specialising in epigenetics. She also plays keyboard and violin! COOOOOR! I look forward to seeing her at Hedsor Jazz again on September 26th.

My pictures from the night are below: 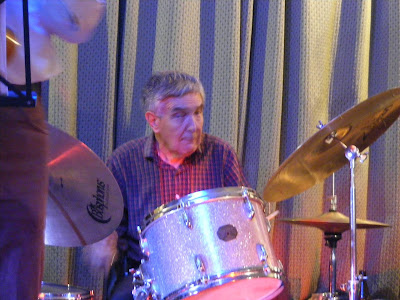 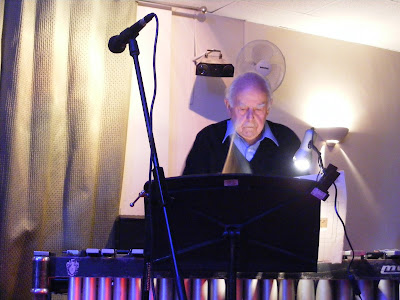 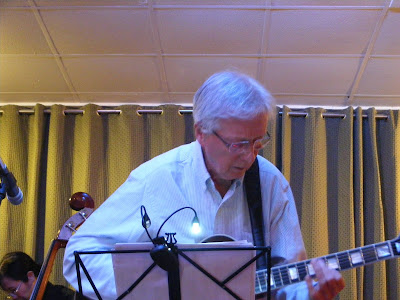 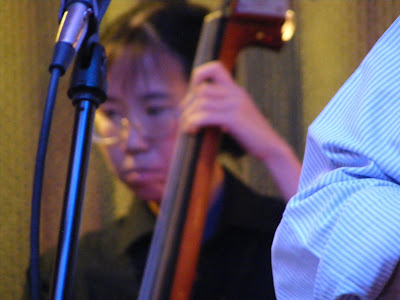 One of our other “fav” bass players, Steve Riddle, has again had a bit more of a problem! Just as he thought he was going to be able to do gigs again now he has a car, he has found that his bass is damaged and in need of serious repair. Let’s hope he can manage to get it all done soon.

Next Thursday we have “our” Lester Brown on trumpet with saxophonist Kelvin Christiane on reeds, and our bass player will be Terry Davis. Nigel Fox will be on keys and Martin Hart will be on drums. So don’t miss out, come along, bring a few friends, and we can have a ball! All for just £7.

Last week I came across an unusual CD. Recently we have had Duke Ellington more in the foreground. In August we had Sarah Moule expounding “The Genius of Duke Ellington” and in one of the last weeks of the proms we had a performance of Ellington’s “Concert of Sacred Music”.

Then I found another cd of Ellington music, again a “Tribute to Ellington” (the cd title) BUT performed by one of classical music’s famed conductors. The man playing the piano, with his picture on the front cover is…Daniel Barenboim!

He is with a very competent bunch of musicians as you would expect, but Jazz Musician!

Dianne Reeves provides the vocals, and the clarinet solos are by Don Byron.

It was a shock to see it, and I listened with some apprehension, as I had never heard that Mr Barenboim was a jazz player at all. But he does very well, and even plays a solo piano piece at the end called “Fast and Furious”.

See you all on Thursday, but which time I will be WIRELESS!