Just to make up some “lost” time!

First of all I want to expand on the situation regarding Hedsor Club. I had an informative email from Sarah, the club steward, the text of which follows. Please read and inwardly digest, as someone once said!

“Just wanted to update you on the situation at Hedsor as we hopefully return to some sort of normality.

We are going to re-open the club from Saturday 4th July.  Clearly there will be some limitations to begin with – but we are lucky to have lots of space!

You will not be able to stand at the bar to drink in the big hall.
There will be hand sanitiser readily available in the lobby, on all bars and in the toilets.  Doors will be propped open to avoid contact on handles etc.

We will probably not open with a full range of draft beers – Rebellion are operating with a limited number of beers available and there maybe a smaller choice on other keg products. Clearly all bottled products will be available.
There will also be restrictions on toilet facilities with only one person allowed in the toilets at any one time.  We will have antibacterial wipes in the toilets and will be asking where possible for customers to wipe around taps etc after use. Also there will be more regular cleaning of these areas.

We will be encouraging payment by card but not making this compulsory.

We are hoping with the good weather many customers will choose to drink outside  - but clearly this would not work for you.

We do not have plans making the wearing of facemasks compulsory – but clearly we are happy if customers would like to wear facemasks if they feel this makes them more safe.

For many of the evenings we will be open with restricted hours – but this is customer led – so clearly if you think enough  jazz people would like to come we will open for the normal hours – or if you think an earlier time may be suitable we are happy to work with you. “

Since receiving this the government has said that at the moment no live music will be allowed, so for Hedsor Jazz, we still only have an expectation of live jazz at the moment, but there is a least a glimmer of a candle out there. PLEASE let me know via Octogeoff@outlook.com how YOU feel about coming out to listen to Jazz at Hedsor in the not too distant future. 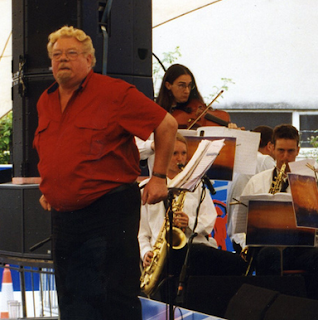 Since my last blog I have also received news of the death of Pat Kelly. As many of you know, Pat was the man behind the jazz sessions at Maidenhead's Norden Farm. He was also the founder and mentor of The Berkshire Youth Orchestra, which morphed into Pendulum. A larger than life character, his passing is a sad loss to our local jazz scene. Our condolences go out to Rose, who was the behind the scenes organizer of many of the jazz events we have grown used to. Our love and compassion for her loss go out from me for sure.

I saw a number of BYJO performances at The Brecon Jazz Festival (another cancellation for this year), and Rose was the “mother” to all the young players in that orchestra, especially when they were away from home as at Brecon .

Pat’s funeral will be at Reading Crematorium South Chapel at 3.15 on Friday 26th June (tomorrow!). 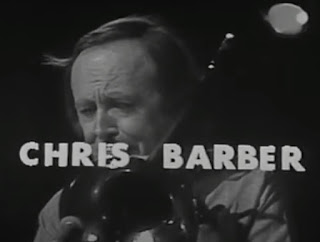 Whilst still having restrictions placed on our experience of live jazz, YouTube have some great nostalgic chunks of live jazz from an age where large hair was the norm.

Two bits of very good film are available of the Chris Barber Band back in 1970 and 1973. (Chris retired form playing this year at the age of 90).

So in date order

When first on screen in this ½ program I thought the bass player was John Lennon!

The second ½ hour or so of barbarism :-

The long hair and the name of the band leader may now scream out "barbers are needed", but it probably seemed OK at the time.

This 1973 set has a tune that I have always enjoyed, a little know piece by Duke Ellington, with a cracking title; “I’m Slapping Seven Avenue with The Sole of My Shoe”.

See you all soon, and keep as safe as you can. One day like a certain American general said (LIVE JAZZ) "....will return".