This past week has been a week of conflicting emotions. 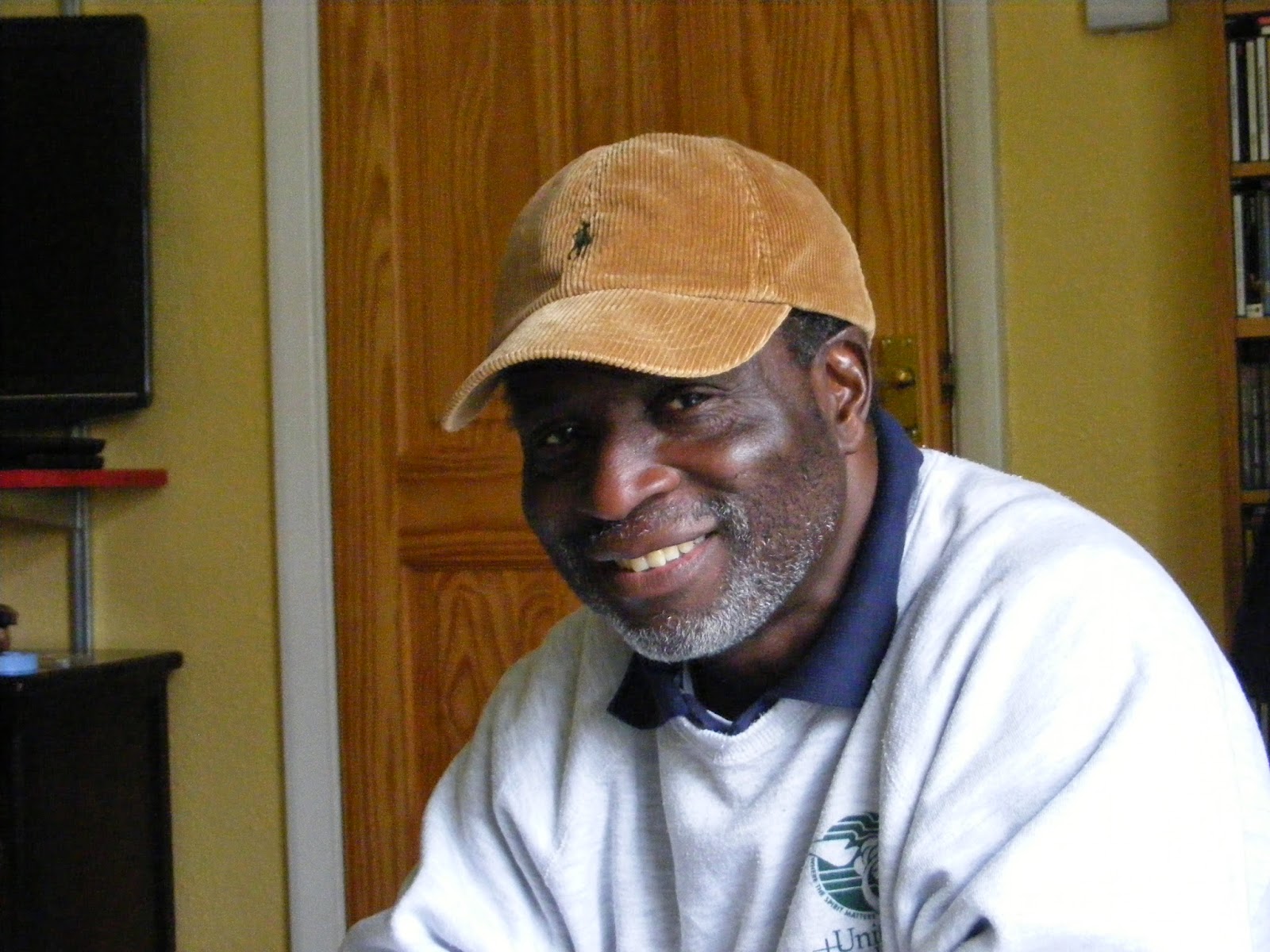 Last Monday and Tuesday I had the joy of meeting an African Chief and his wife, and packing and laughing with them whilst we got the computers I had been refurbishing packed and on their way to Nyaboo, his village in Ghana, where my efforts of the last 10 years have been used in the training of his village children on computer technology. 400 children a week use these machines to gain vital knowledge and an advantage over others less well served in their country. In Nyaboo they will have an educational advantage over those others around, all competing in our global economy for the means of life. Food, shelter, and an understanding of the world. 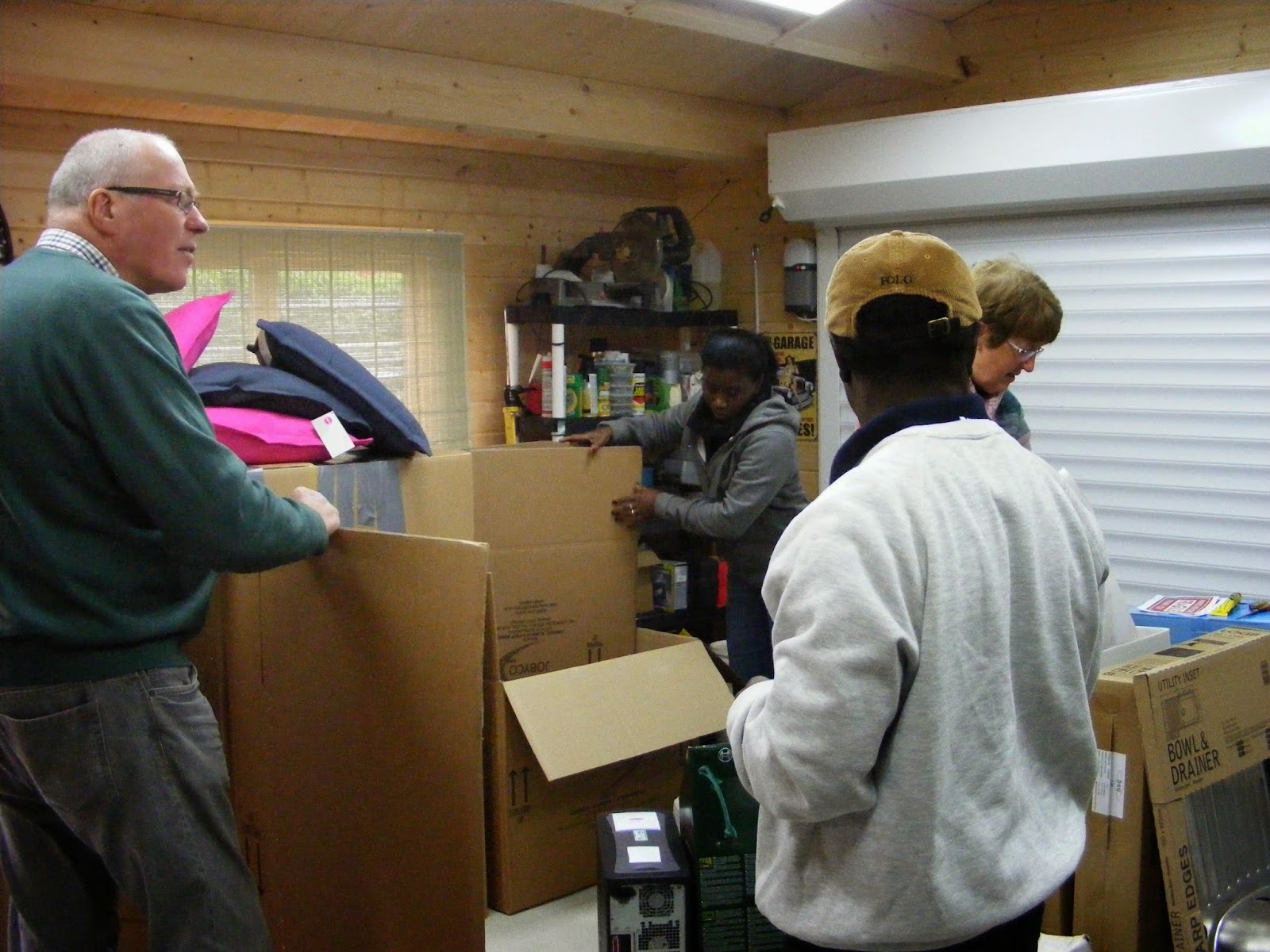 The computers have been donated by people all over the UK for me to refurbish and get sent there. A Computer Laboratory was opened up in their village in 2006, and this latest batch was being sent to replace those obviously tired machine in use in that.

So, for me, joy and laughter, and a sense of satisfaction. 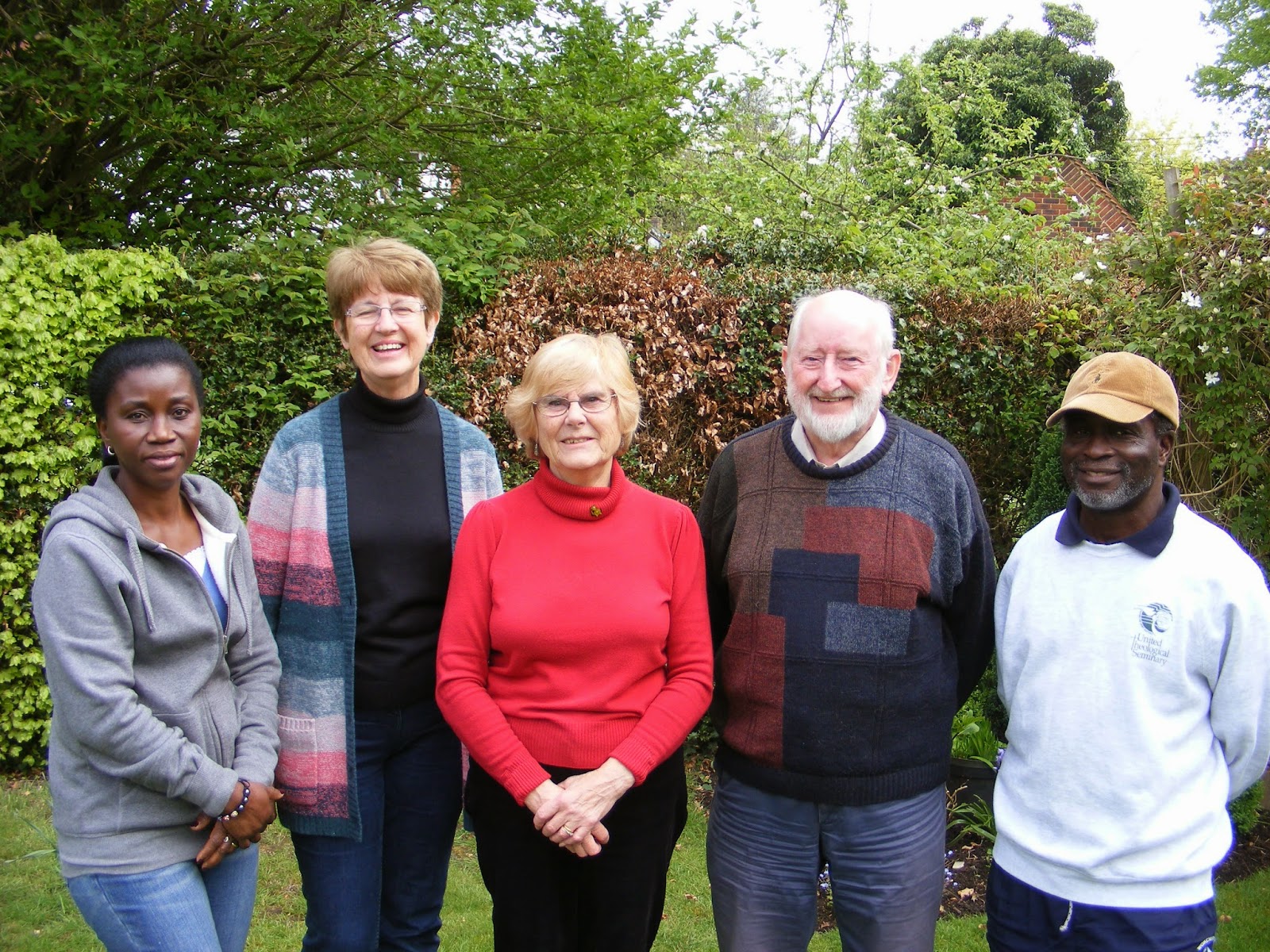 Then last Thursday a sadness that I had to miss Simon Spillett at Hedsor as the next day I was due in Wexham Park Hospital (now in special measures!) for an angiogram. This was being done to see what condition my heart surgery of 12 years was in.

Apprehension and then fear. On the operating table I learnt they were going to enter my femoral artery again rather than the wrist I had been told they would use. They used the femoral artery 13 years ago and it had caused me all kinds of problems. Then in recovery mode I had joy at being told my old plumbing was in good nick!

And finally another sadness that because I had had the incision in the femoral artery I would not be able to get to the funeral of the nurse (Helen) who had made sure at Swanage 13 years ago that I survived the initial collapse of a stent, and got safely back to hospital in London. 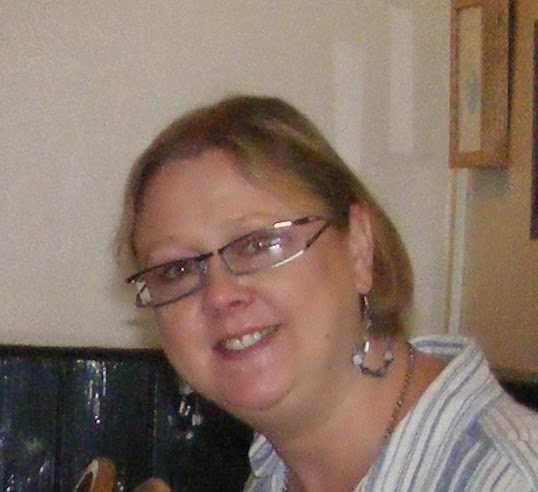 So a week of immense emotion which has nothing to do with Jazz.

Helen helped me back to the Swanage Jazz Festival with her husband Michael after my open heart surgery and just after Stuarts death a year later.

They were 2 people whom I have met with every year at Swanage Jazz and at some of the Brecon Jazz Festivals.

Jazz has been a music that has kept me going these last 13 years, I was going to say “sane” but you may think otherwise!

Jazz music is created by real people, many now friends. So yes, I think it is right to say that the last week has been an emotional roller coaster in a blog that is meant to promote local jazz.

I can still say “We have things to look forward to”. 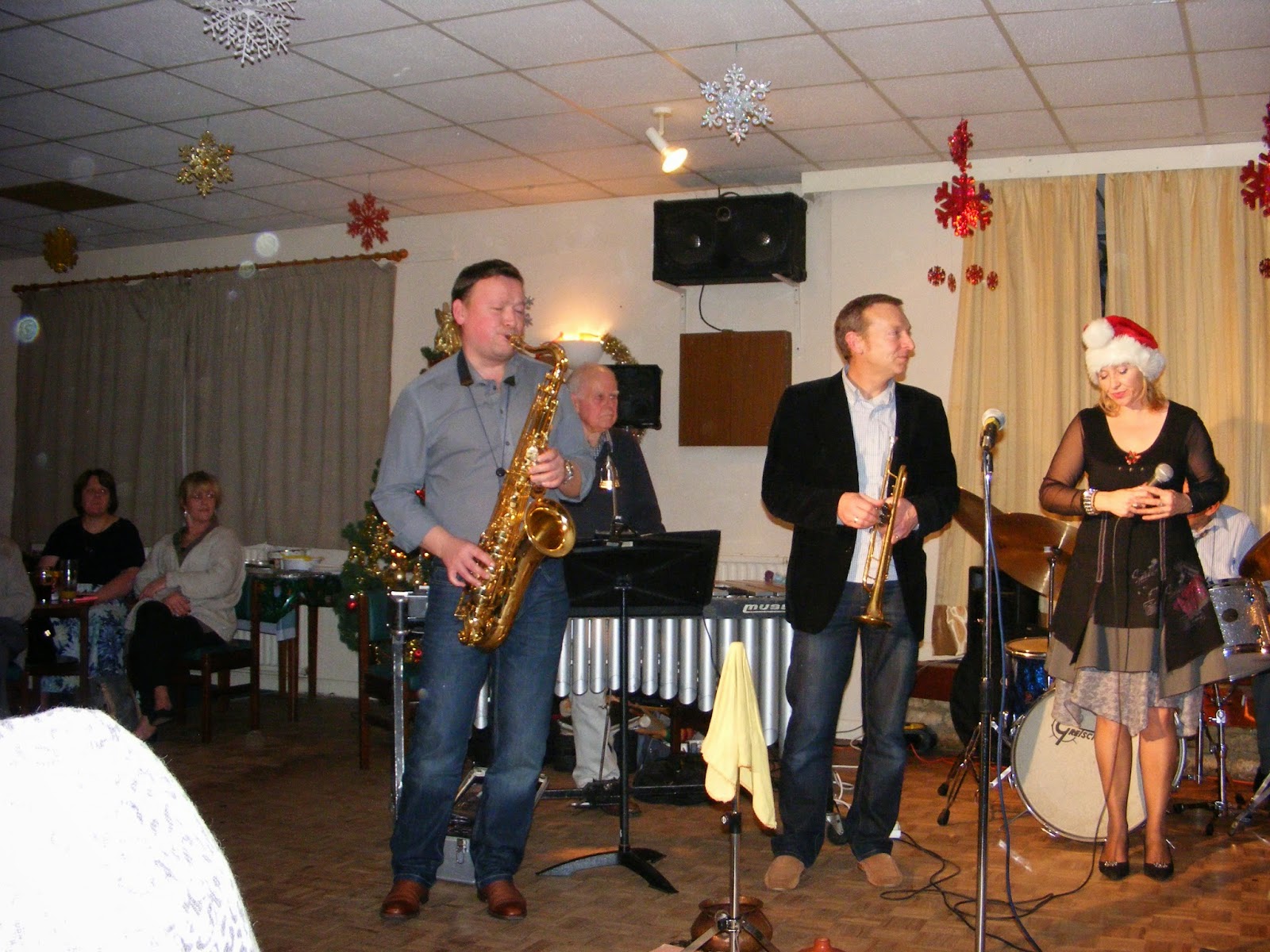 Stuart and Tolly last Christmas with Tina May

Thursday this week we will have Stuart Henderson and Tolly coming to play for us again, with Mike Jeffries depping on drums. Superb, exciting jazz music at it’s very best.

Then very soon now we have our Cancer Fundraiser Party coming on May 22nd with the Remix Jazz Orchestra. 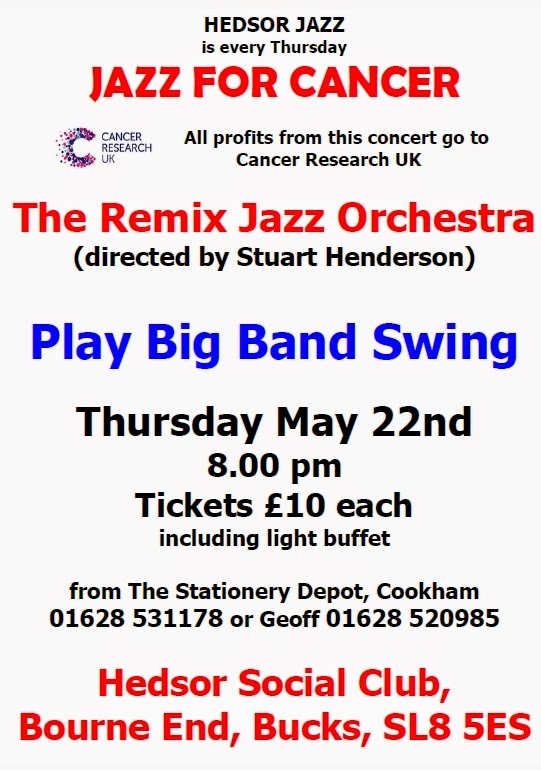 So many of our friends have died of Cancer, so please come and generously support this special evening, which starts at 8 pm and will cost you £10 to get in. Tell your friends and bring them with you. All our profit on the night will be going to Cancer Research UK.

Enough from me. But before I end I must thank Michael Eagleton of Marlow FM’s “Swing that Music” program for playing a tribute to Helen Topping last night on his program. Yes, she was a jazz fan, and yes, she died of Cancer.

It is no wonder that Duke Ellington used to say “I love you madly”!

Geoff C
Posted by Geoff Cronin at 7:47 AM