I went first to listen to The Dorset Youth Jazz Orchestra in Marquee 1. The personnel represent the best of the local school jazz orchestras in Dorset and get together once a month to rehearse together as one band. Their set started well, as they played scores they knew well, but I thought that as they progressed the lack of rehearsal time did show. However their were some talented you musicians in there, and even if the audience is getting to be of a certain vintage, there are certainly going to be musicians in the future who will have a fondness for jazz (and Weather Report!). 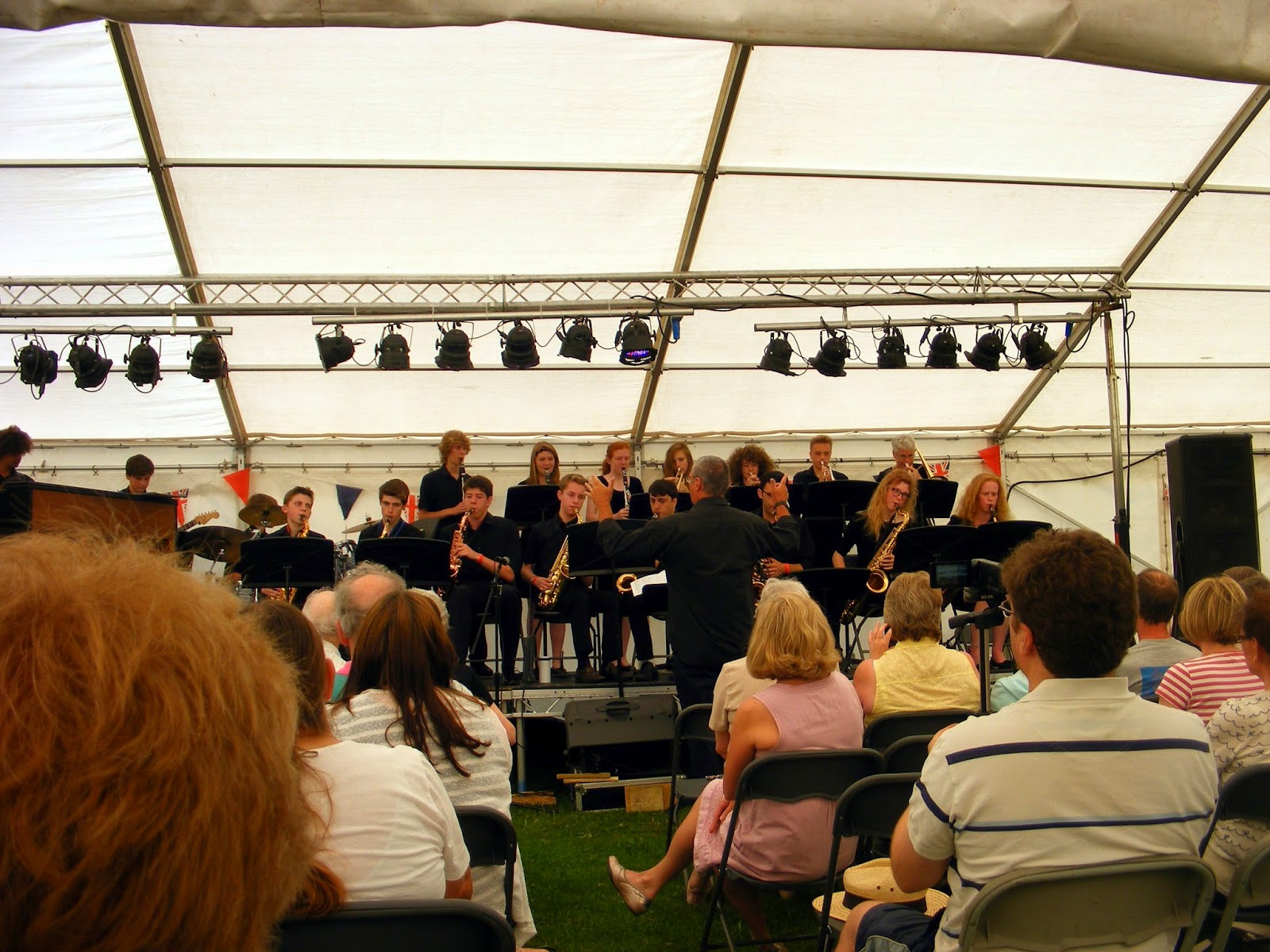 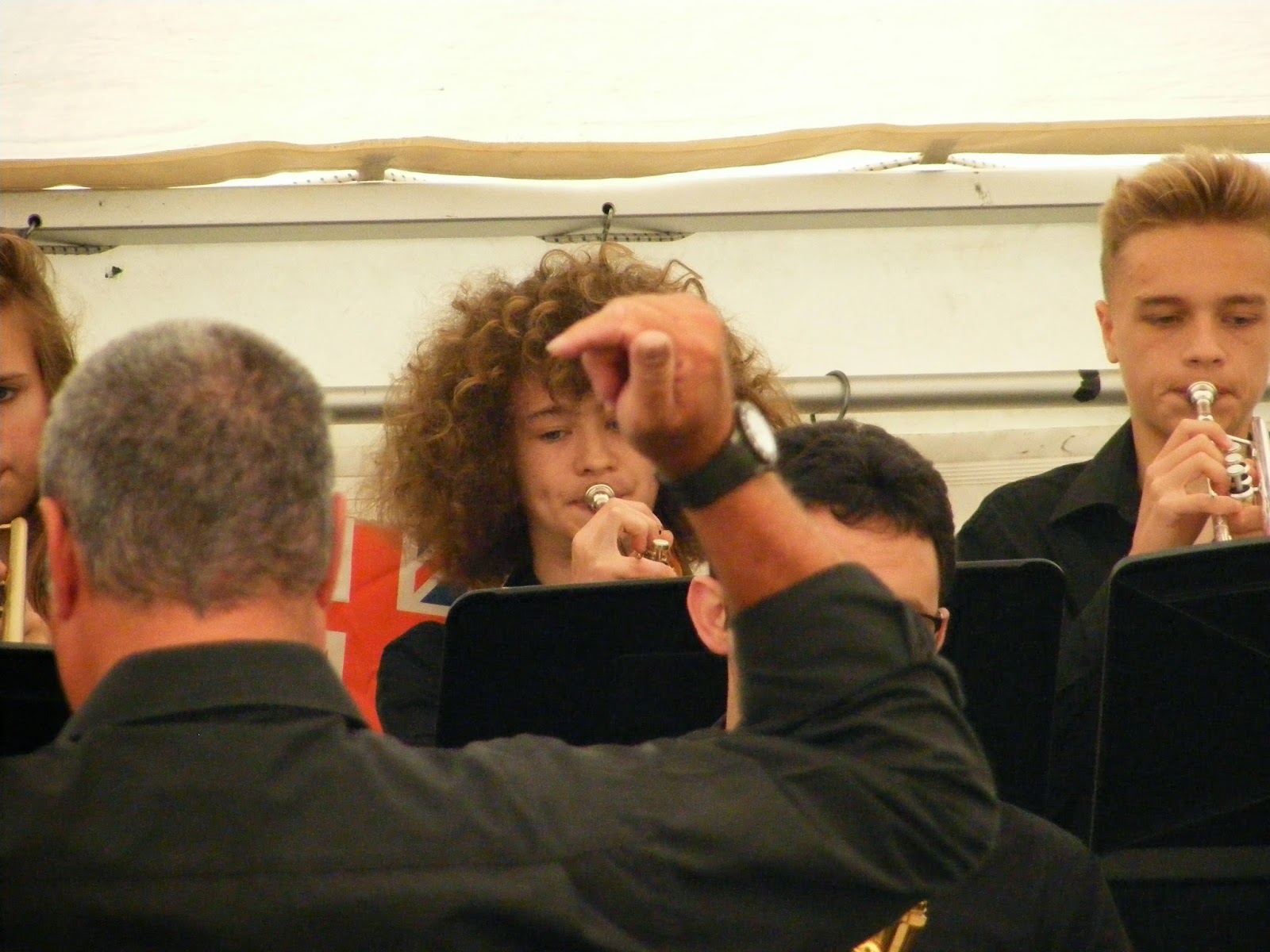 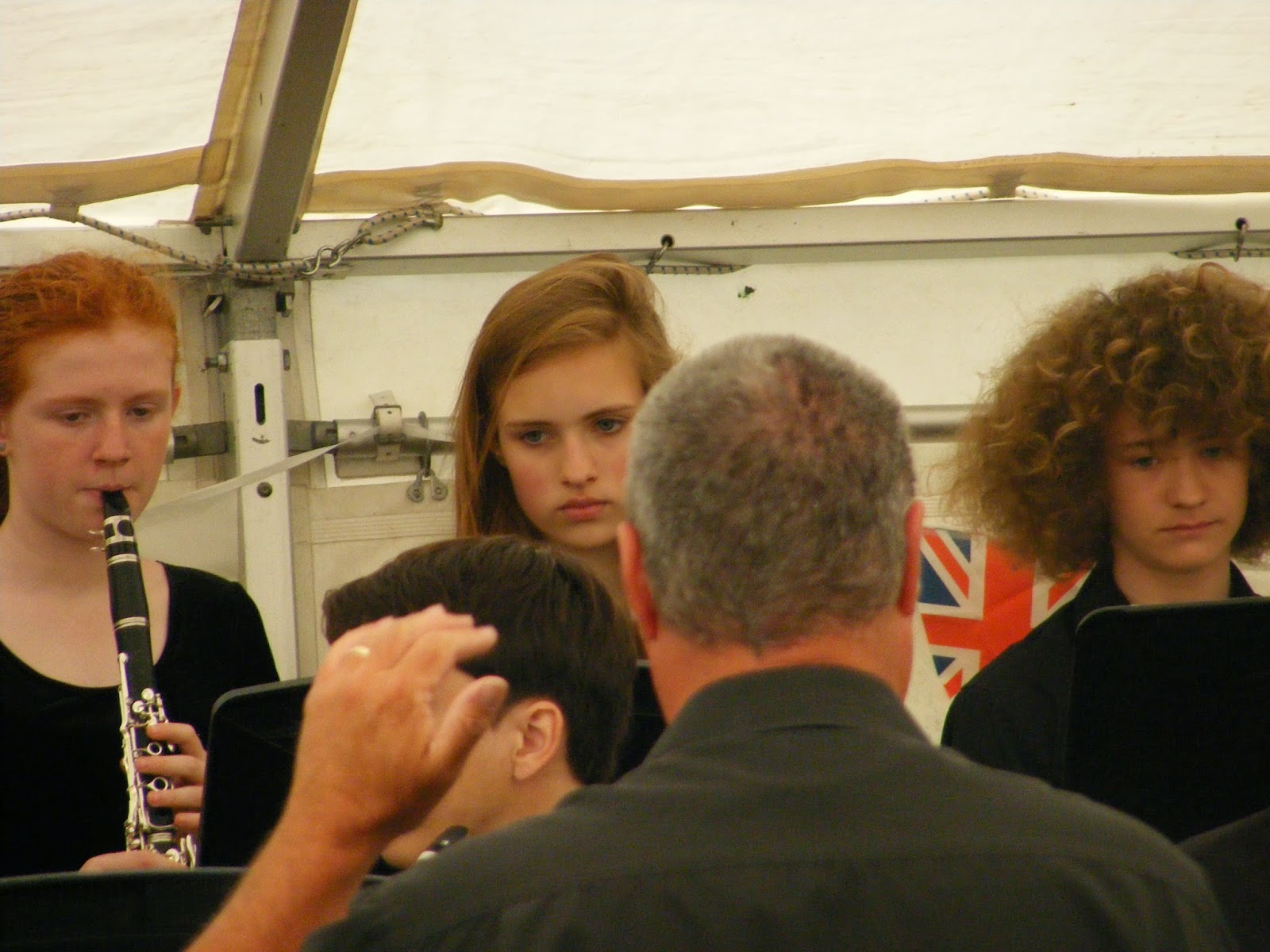 Next a shift to Marquee 2 to see Mark Bassey Plays Basie.

The rhythm section mentioned above wasn’t who played the set, but this is a Quintet doing similar things in a similar way to our own Clive Burton Quintet. I got the feeling that “our” Hedsor Regulars would do just as well, if not better in Swanage as this Portsmouth (I believe) based band. Needless to say I enjoyed there set, it was a sort of familiar territory. The trombone player (Mark Bassey) had the disadvantage of shortened arms (possibly a Thalidomide casualty) and the way he overcame this problem to play the bass trombone was a great credit to himself and all who had been involved in his training. 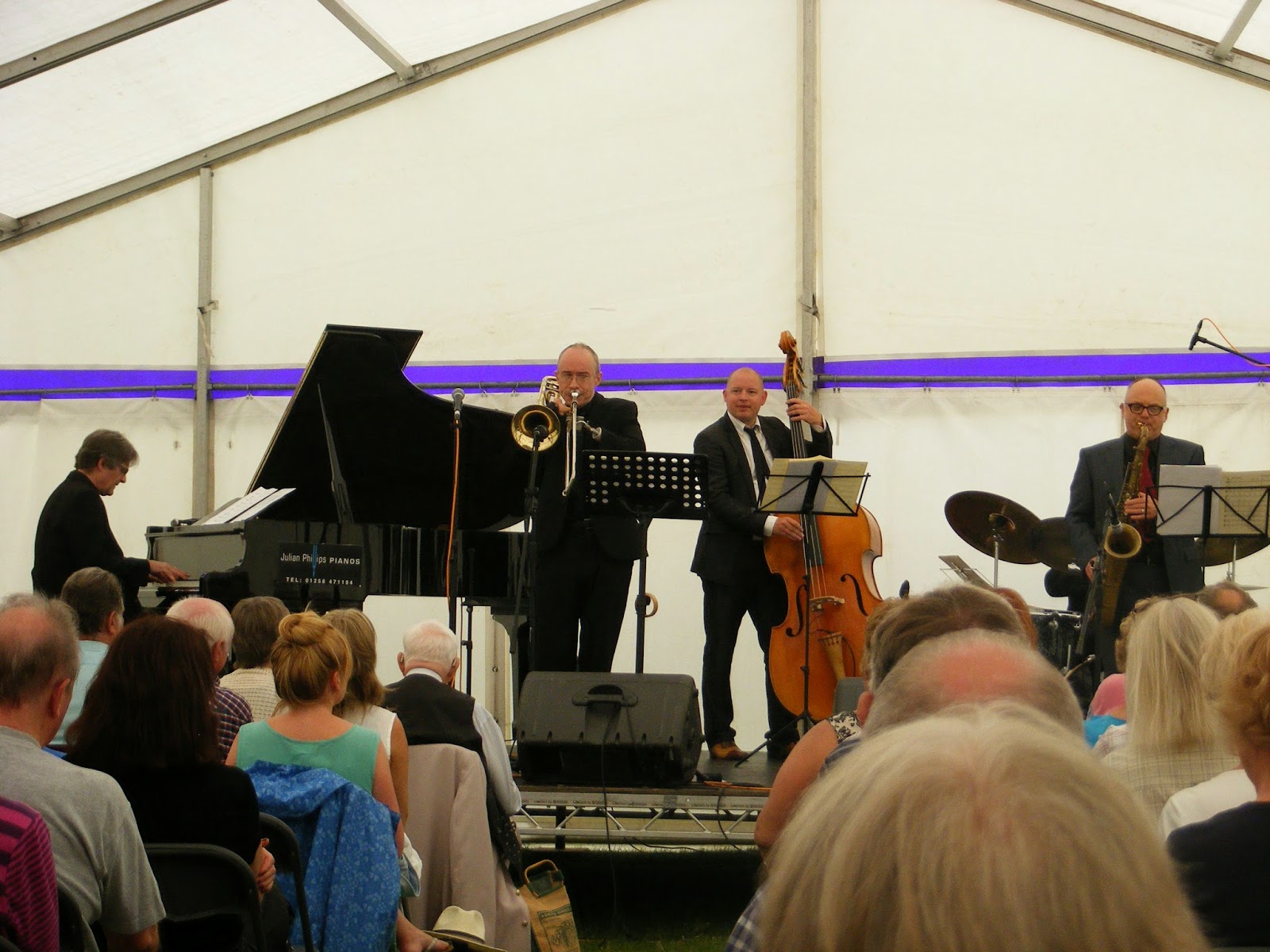 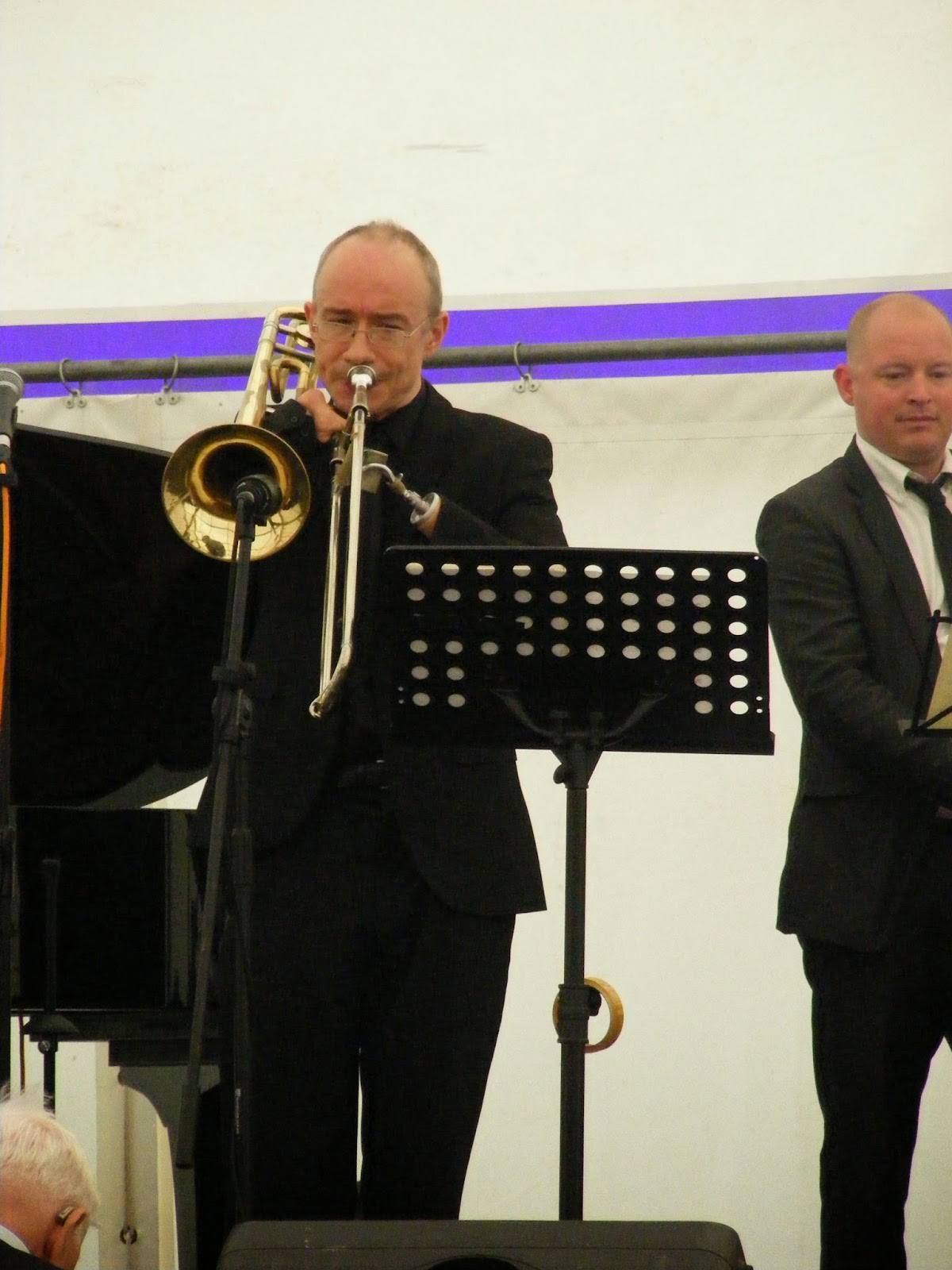 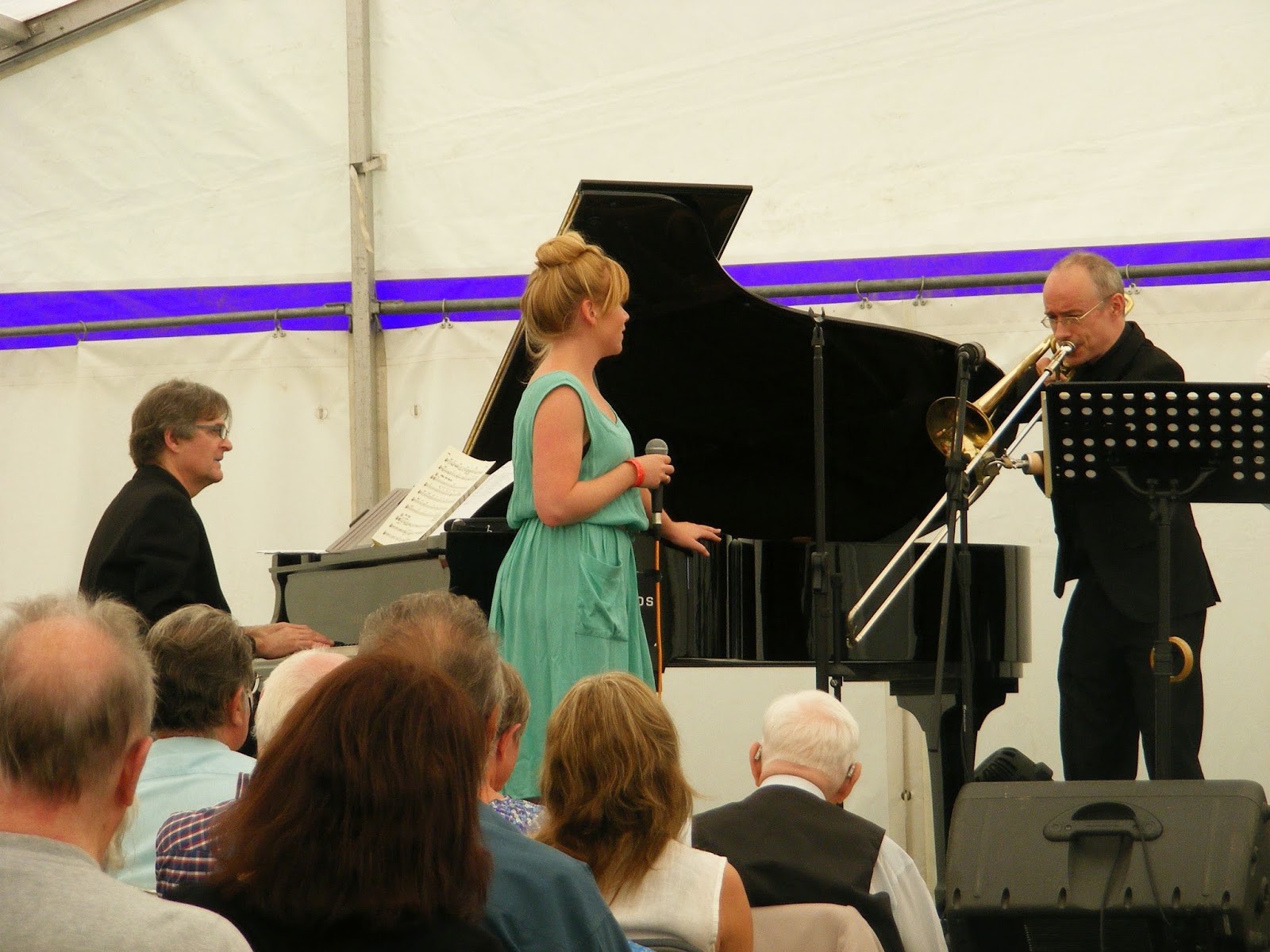 I then repositioned myself back into Marquee 1. I had been told that I had missed a wonderful young, pretty, American piano player. So I went to see if I had been told right. I Had! Stephanie Trick, who for this set was playing with guitarist, banjoist and singer Spats Langham, violinist Ben Holder and bass player Malcom Sked was terrific in the stride, boogie piano style and she had a beautiful smile. The part set that I saw brought a great big smile to my face, and was really enjoyable. They were playing a sort of Django style music, with Fats Waller overtones. I just wish I had seen more of that ensemble, and to have seen and herd her solo piano a bit more than I did. Real Joy! 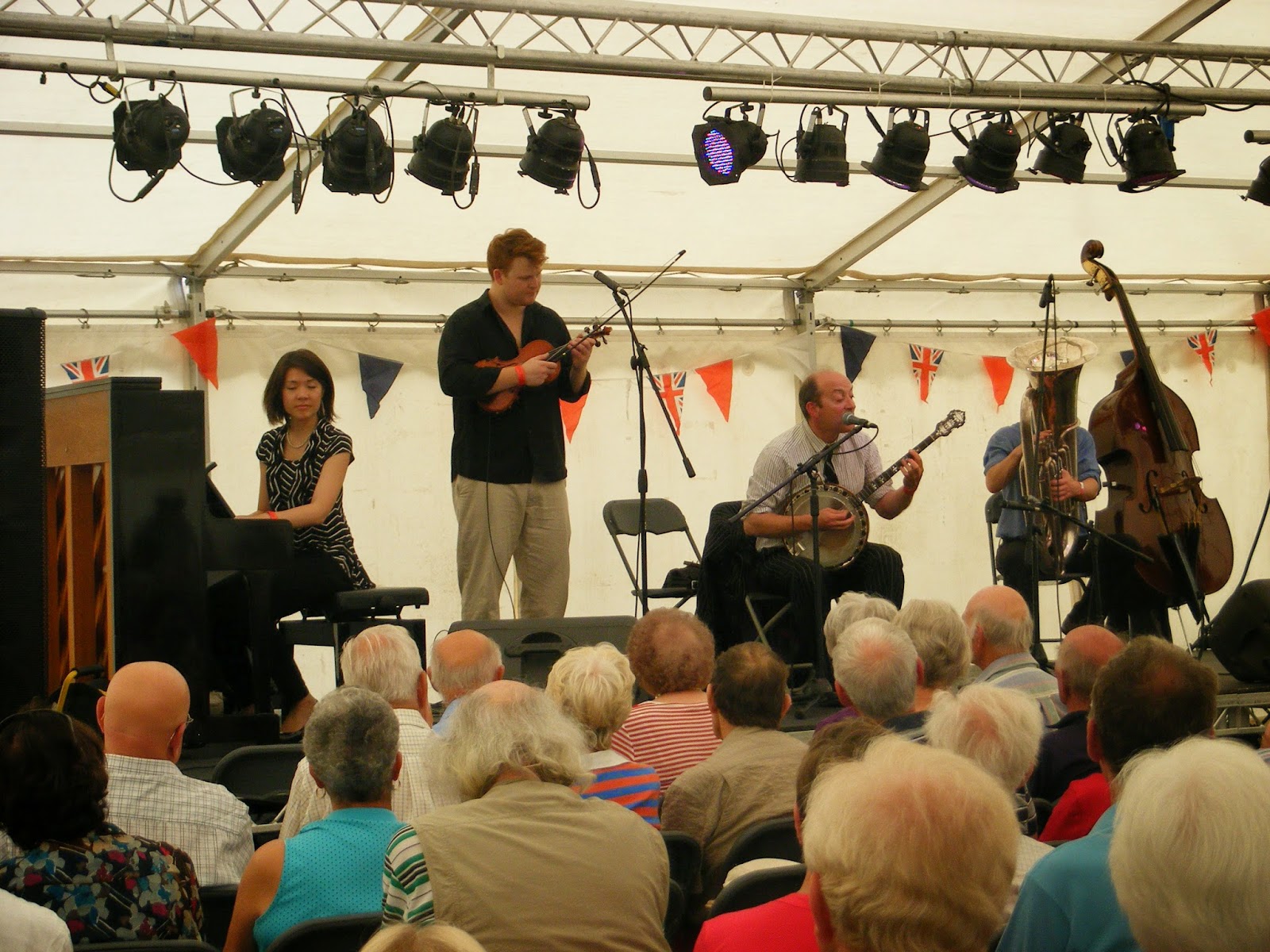 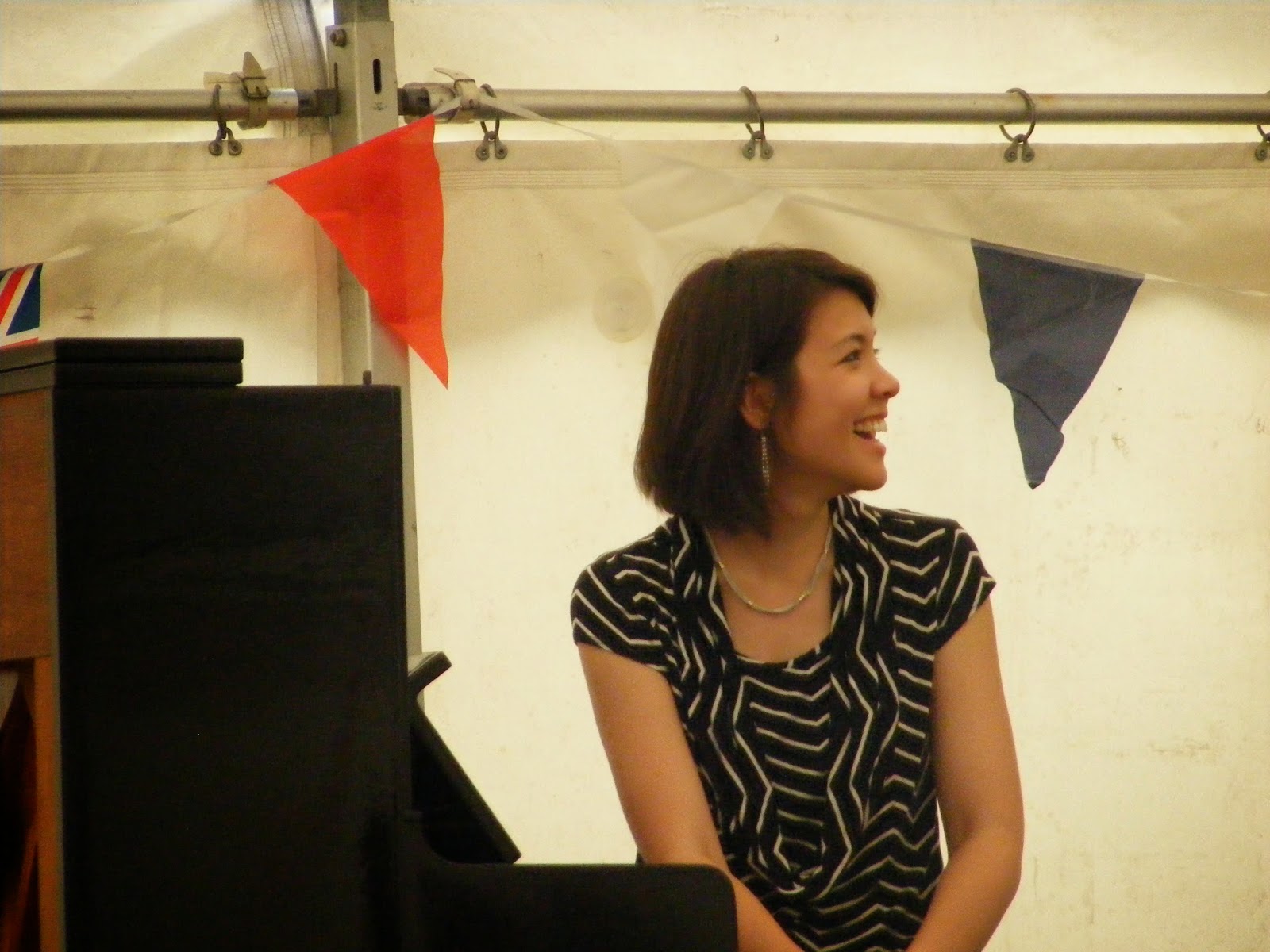 And so to lunch.

In the afternoon I took myself back to the Methodist Church to here a wonderfully amusing set called “100 Years of Jazz in 99 Minutes”. again tears of joy, they were such great fun. The very blurred sound didn’t detract too much from the performance, because that is what it really was. Everyone played every instrument you could think of. See the program intro below. 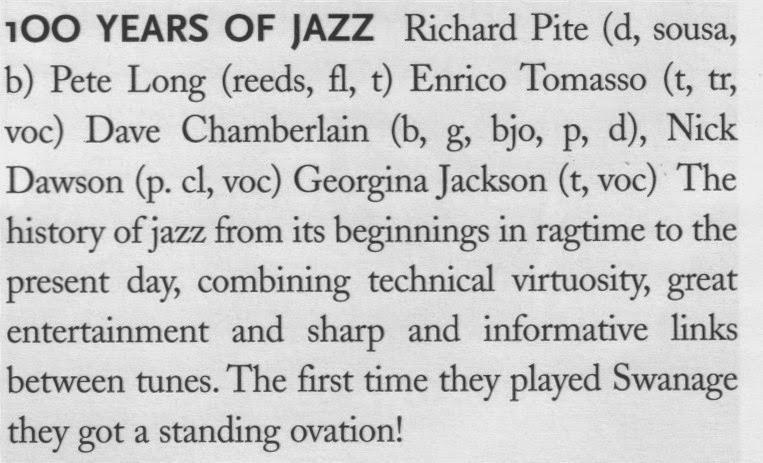 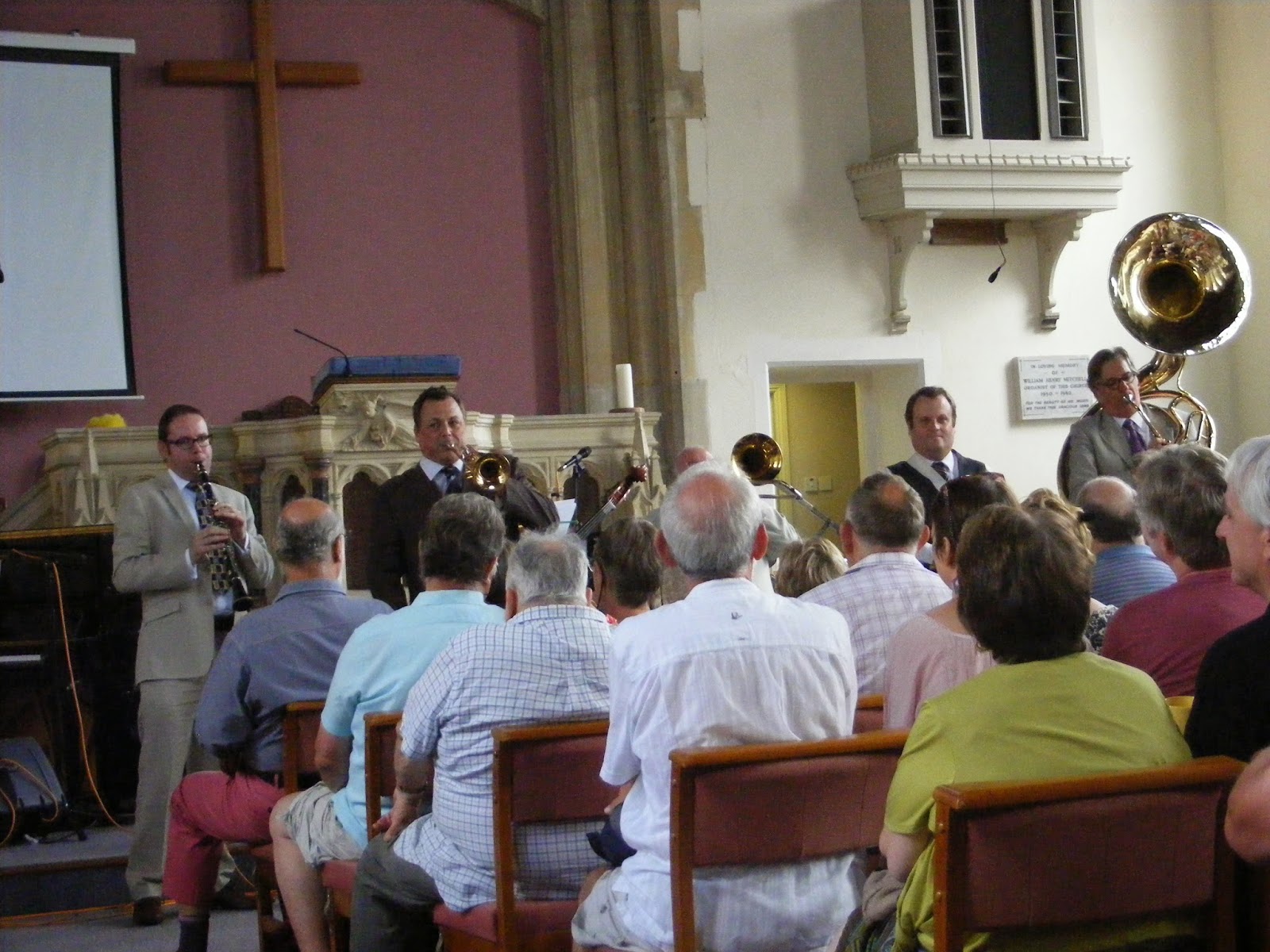 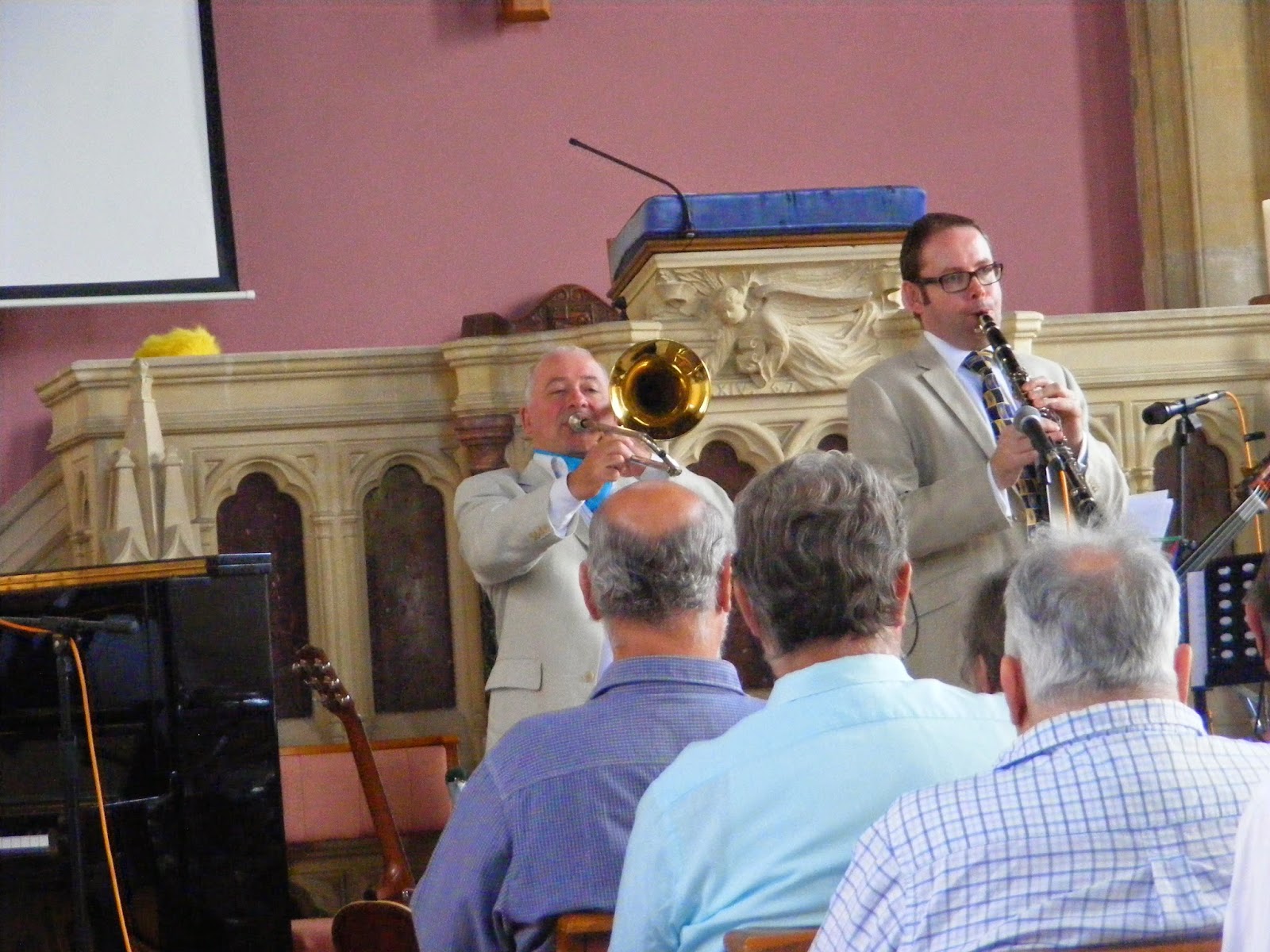 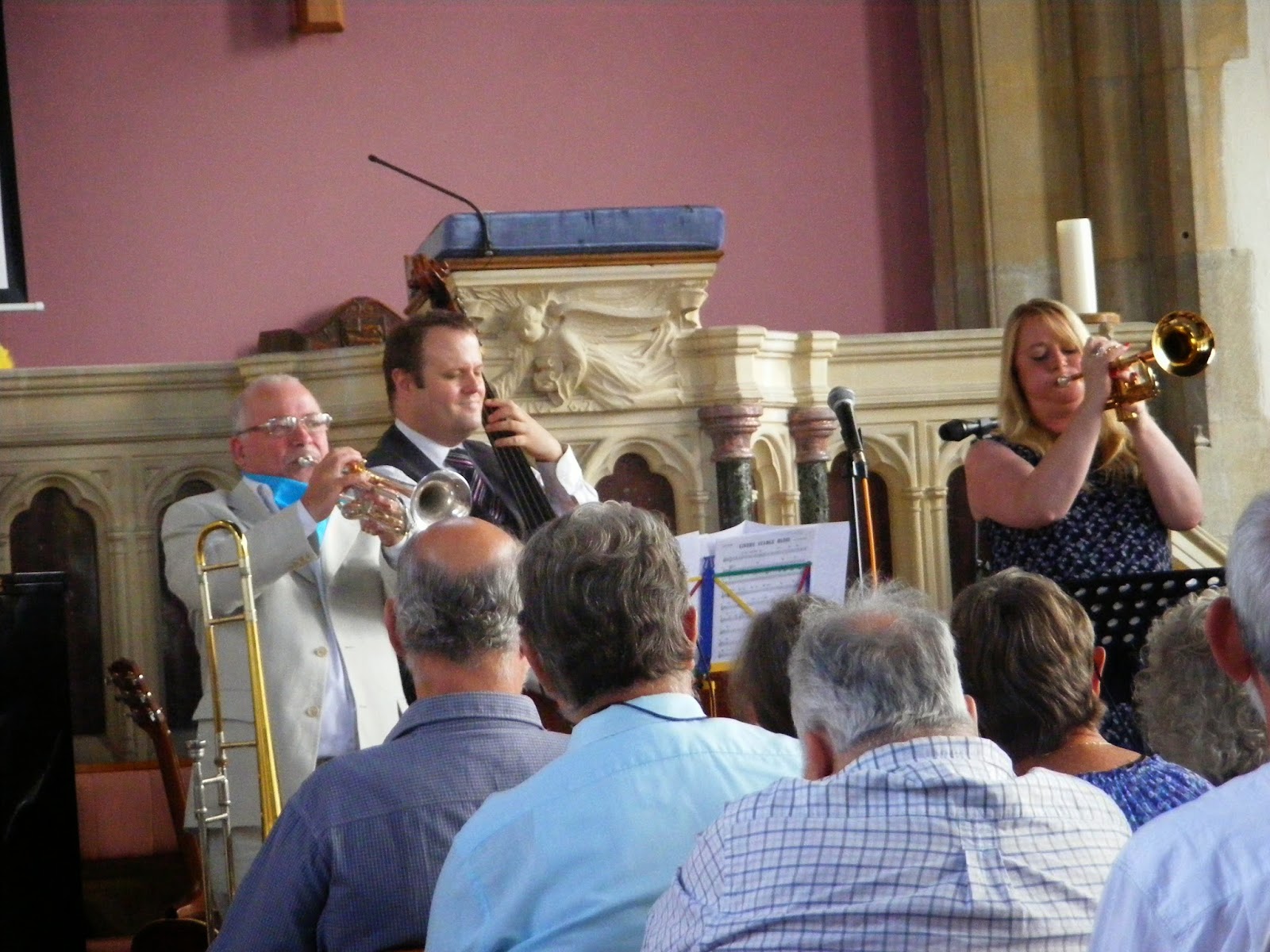 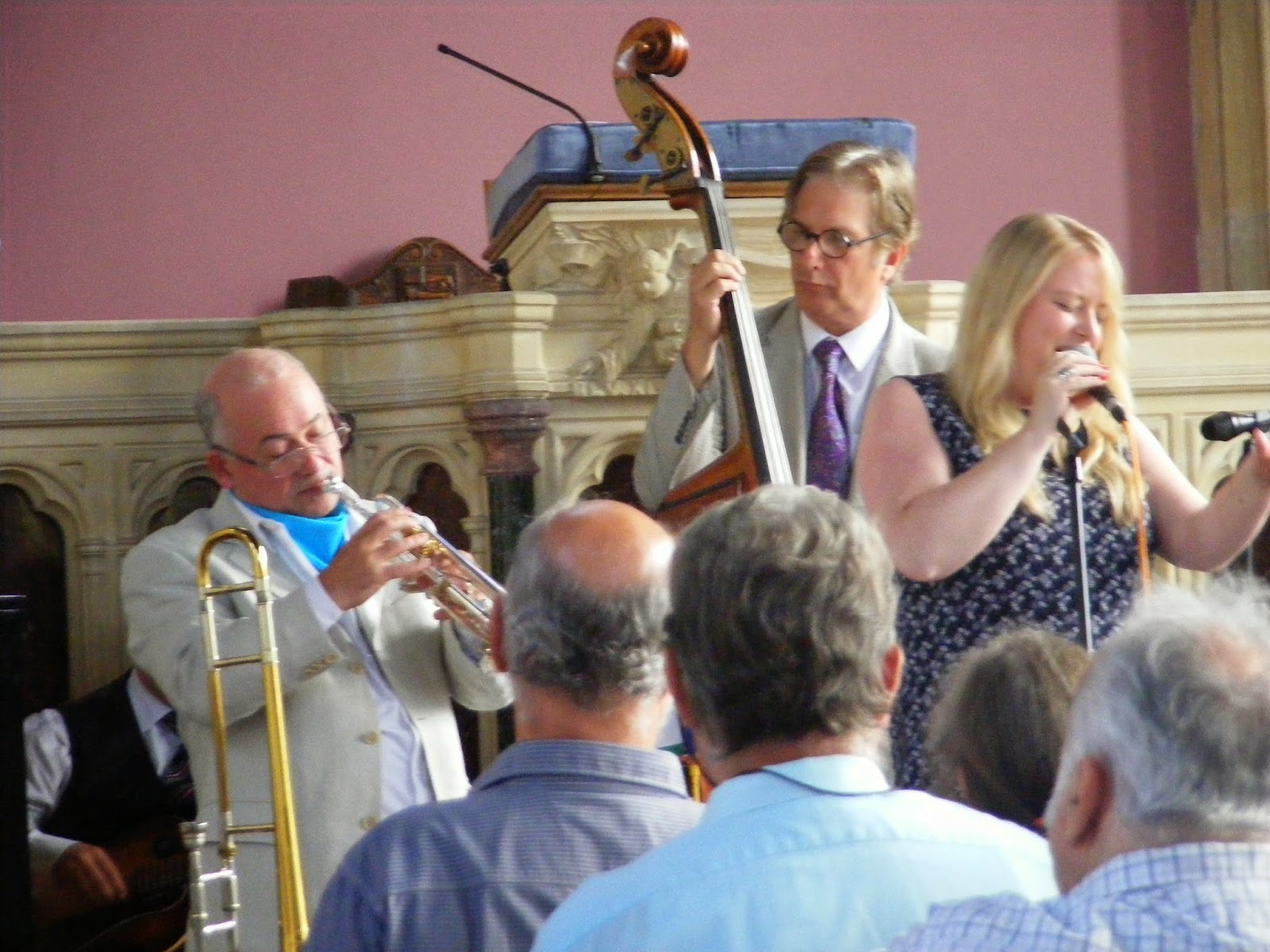 I left at the interval after they had played “Sing Sing Sing” to get back to Marquee 2 for:-

Hedsor fans will need no introduction to Tina May. She was our guest artist last Christmas (which she hasn’t forgotten), this time joined by friend and singer Lee Gibson and that rhythm section to die for!! Great fun, great songs, excellent links. Didn’t they do well!! 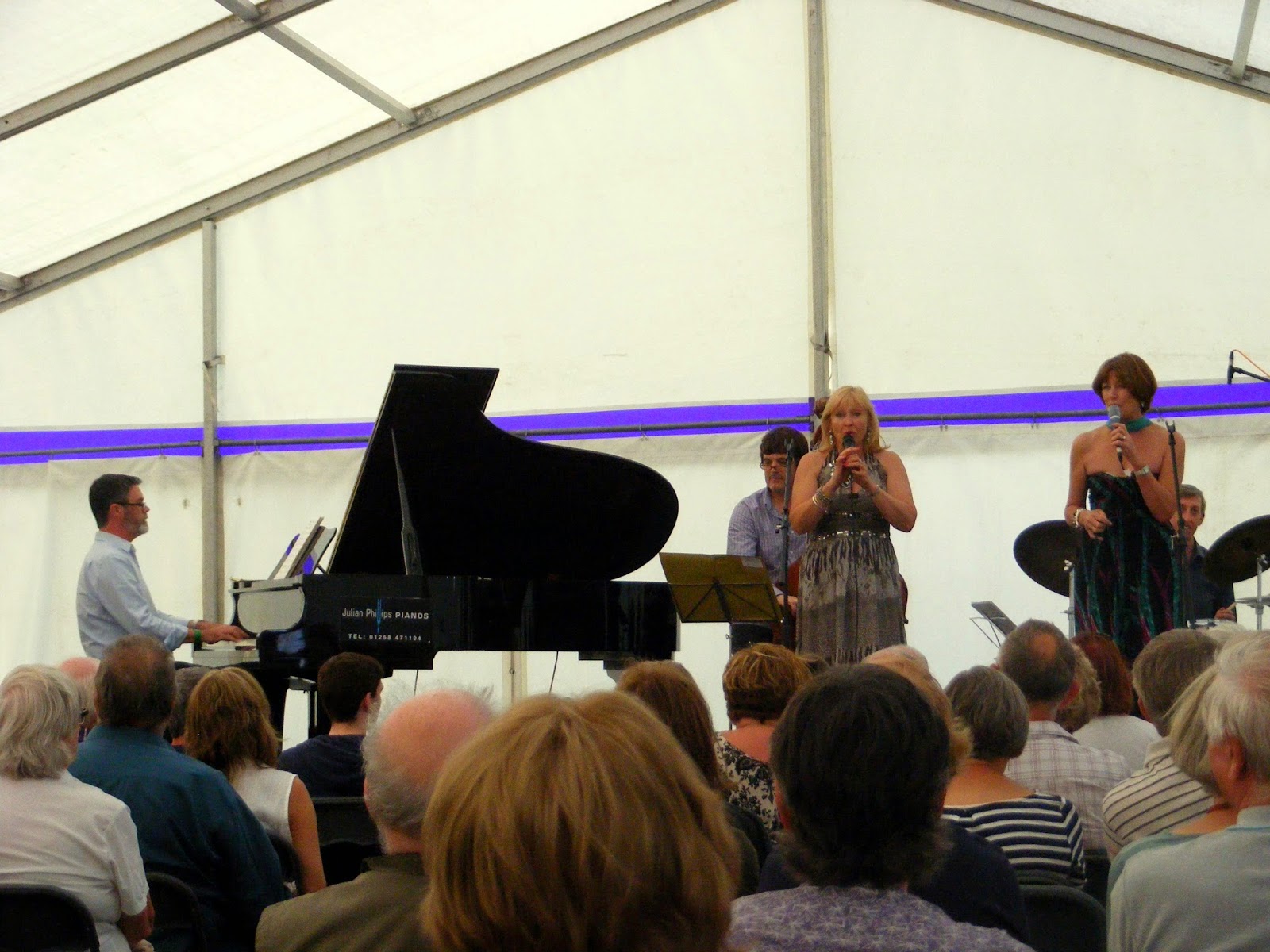 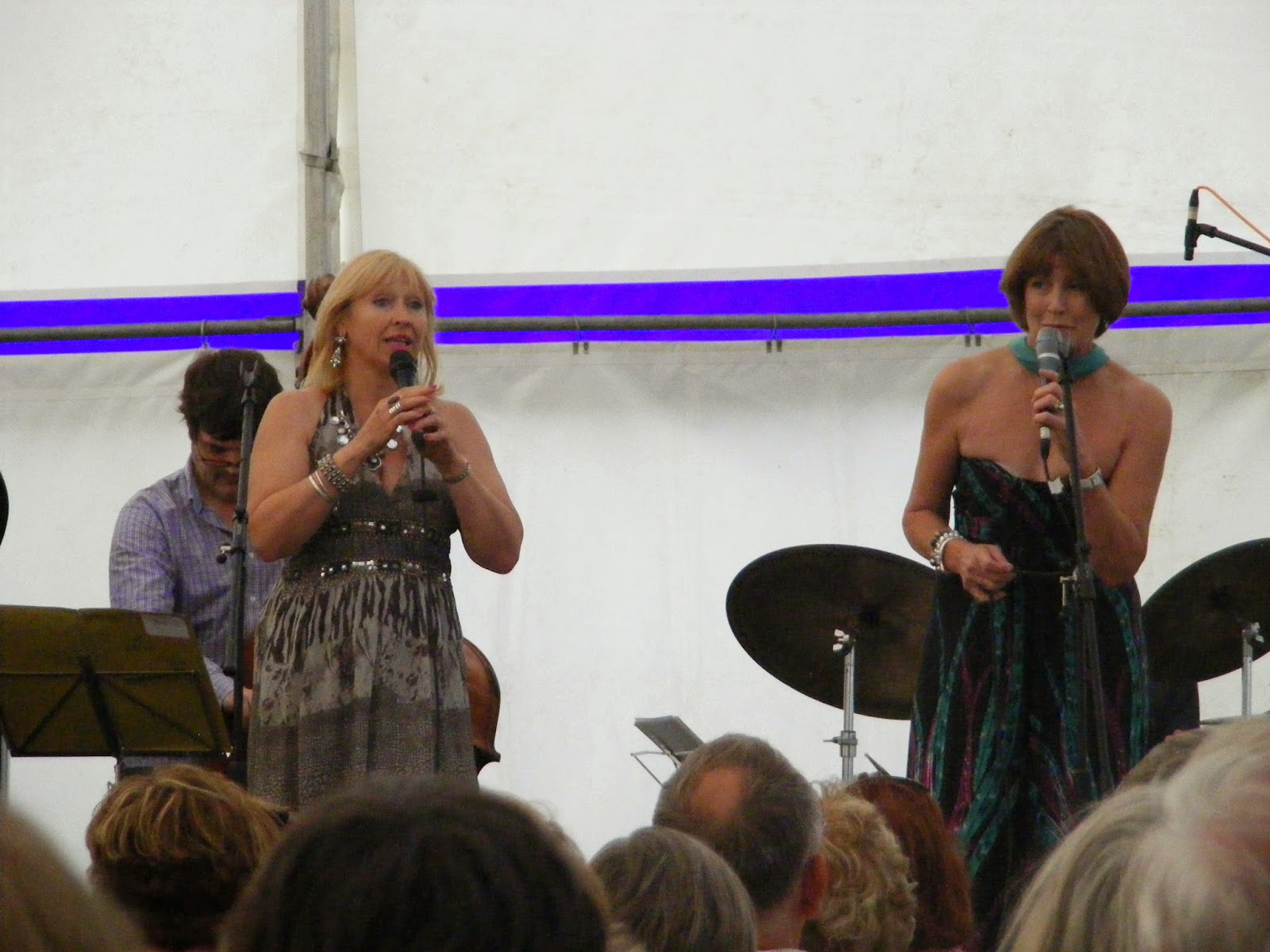 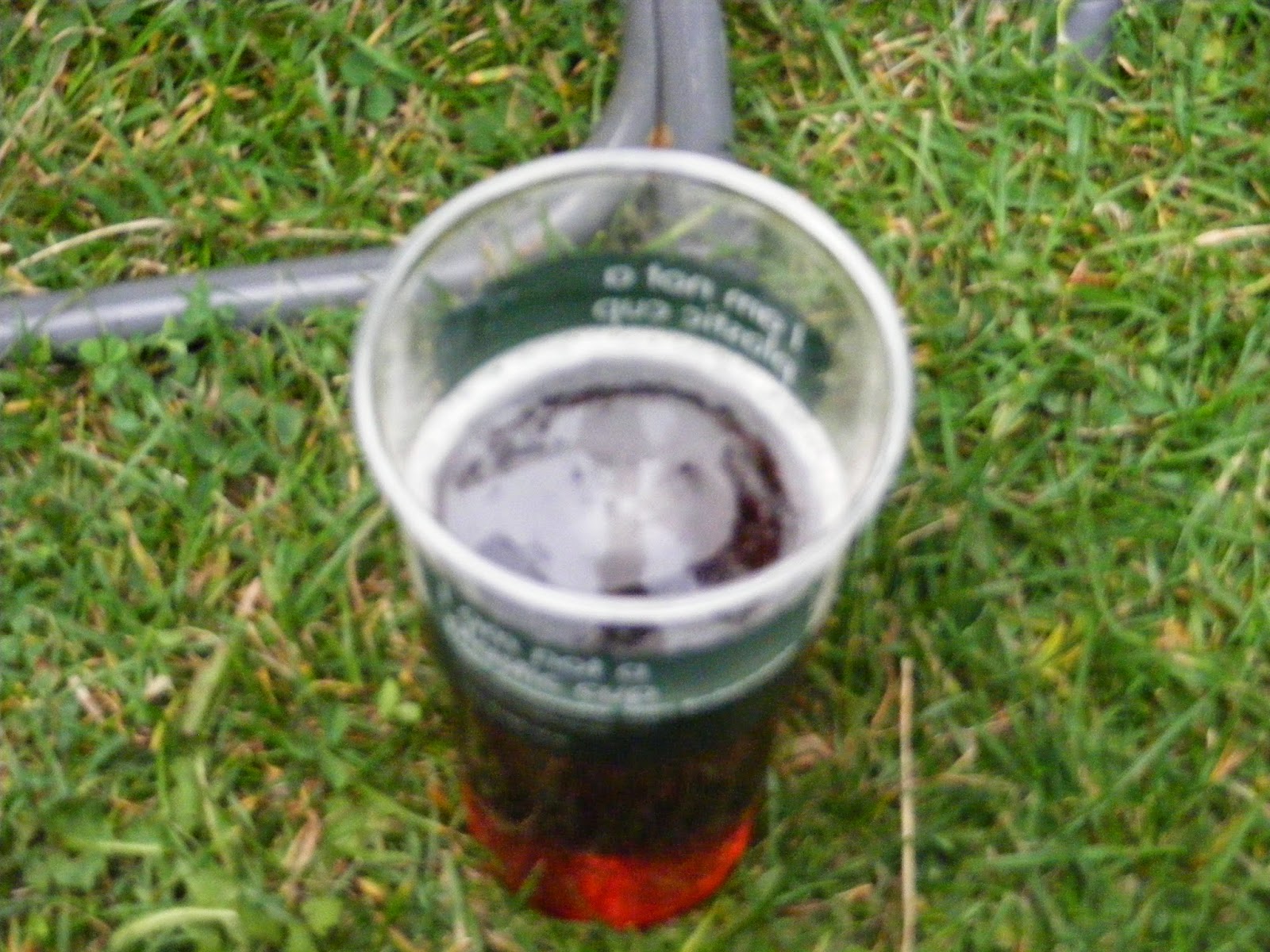 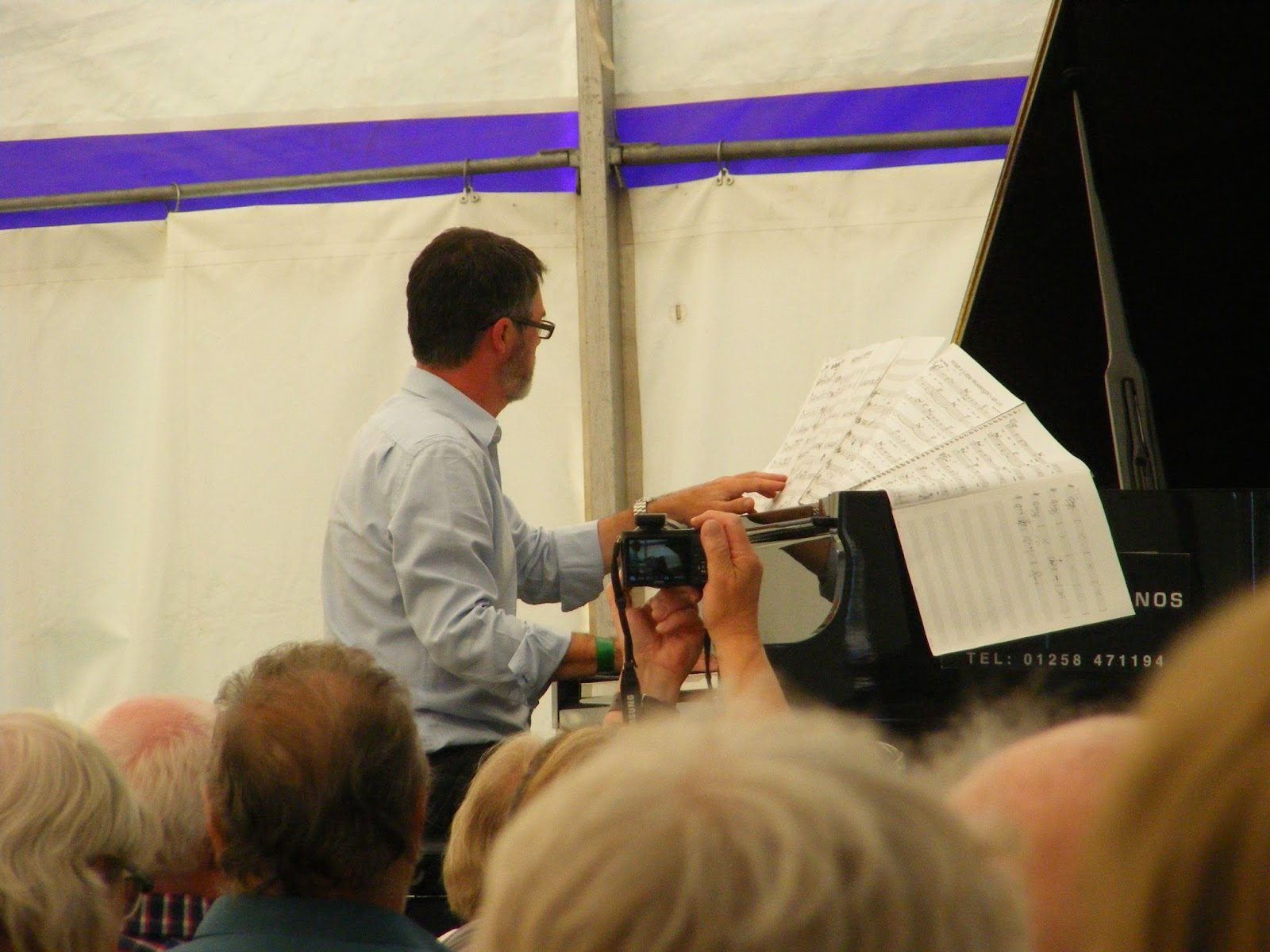 Then came dinner, followed by the last session of the festival, 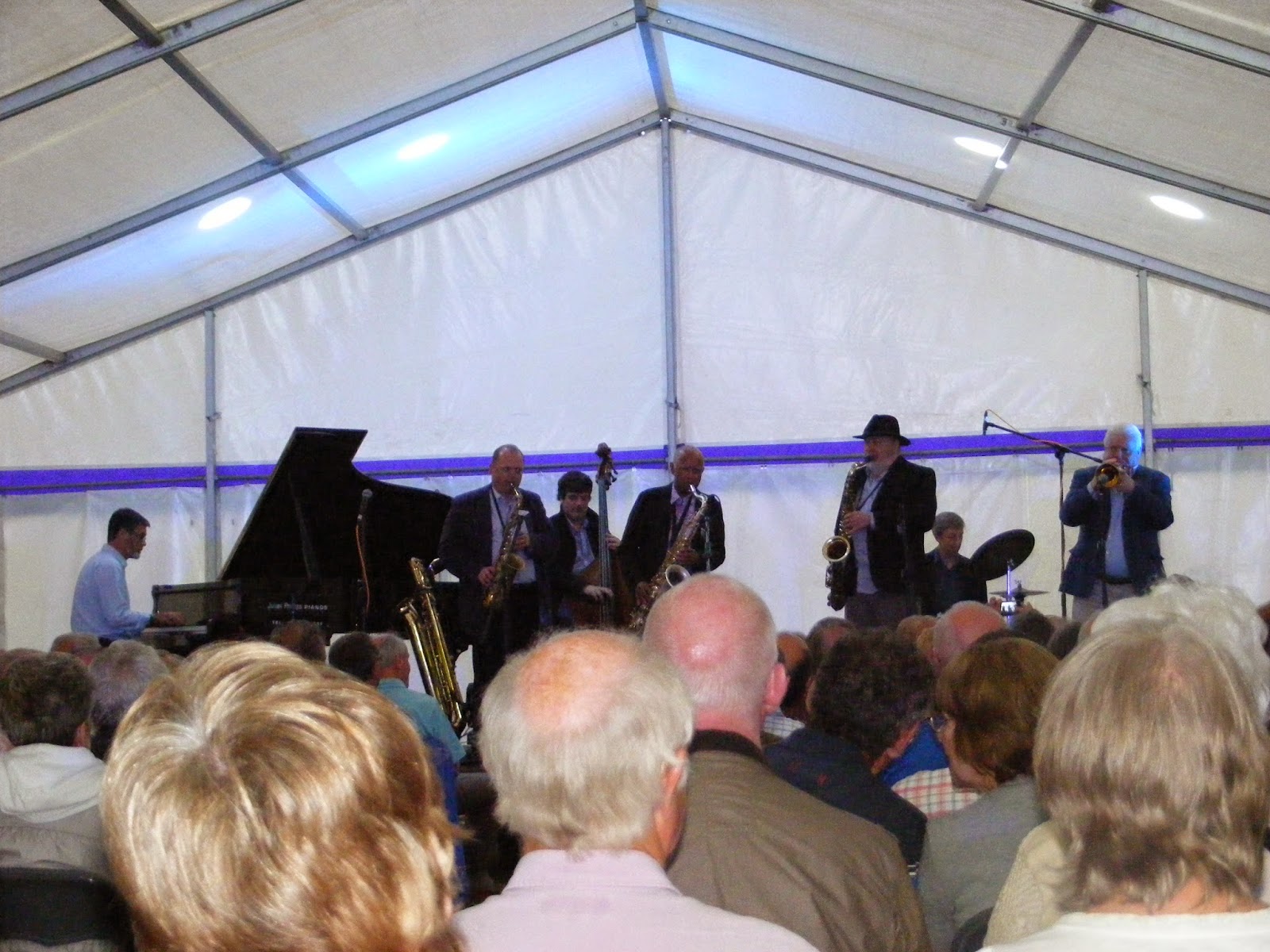 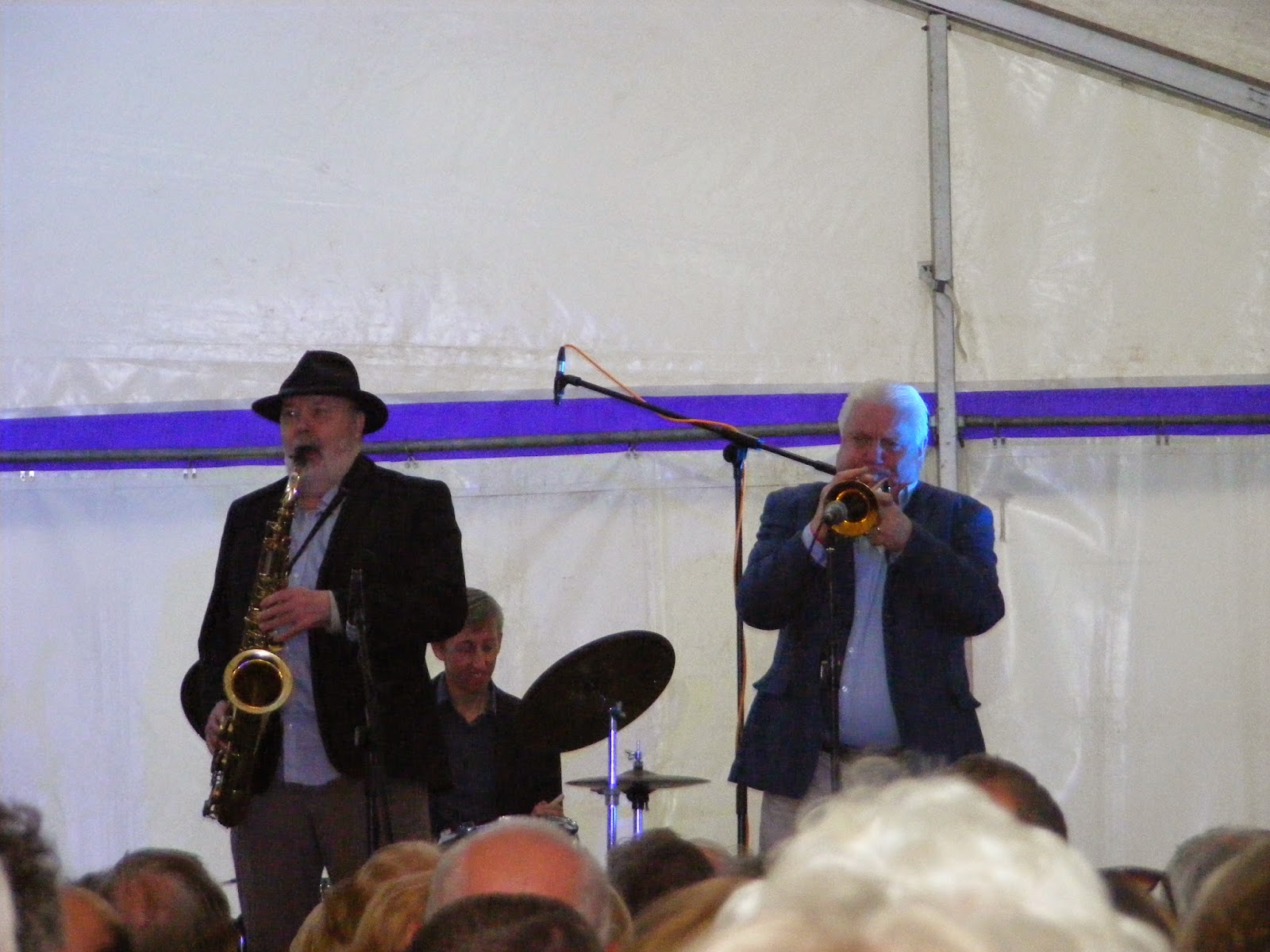 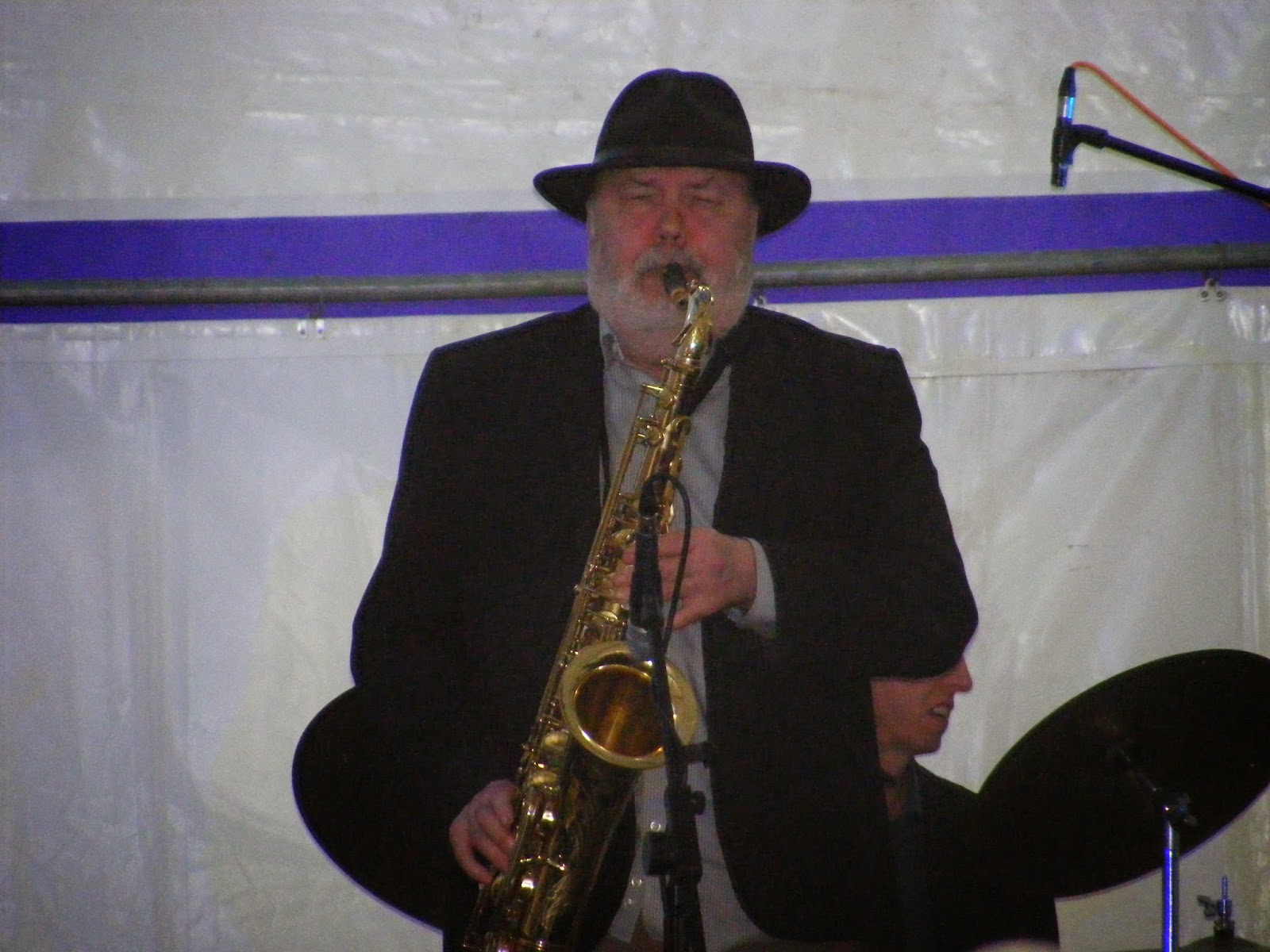 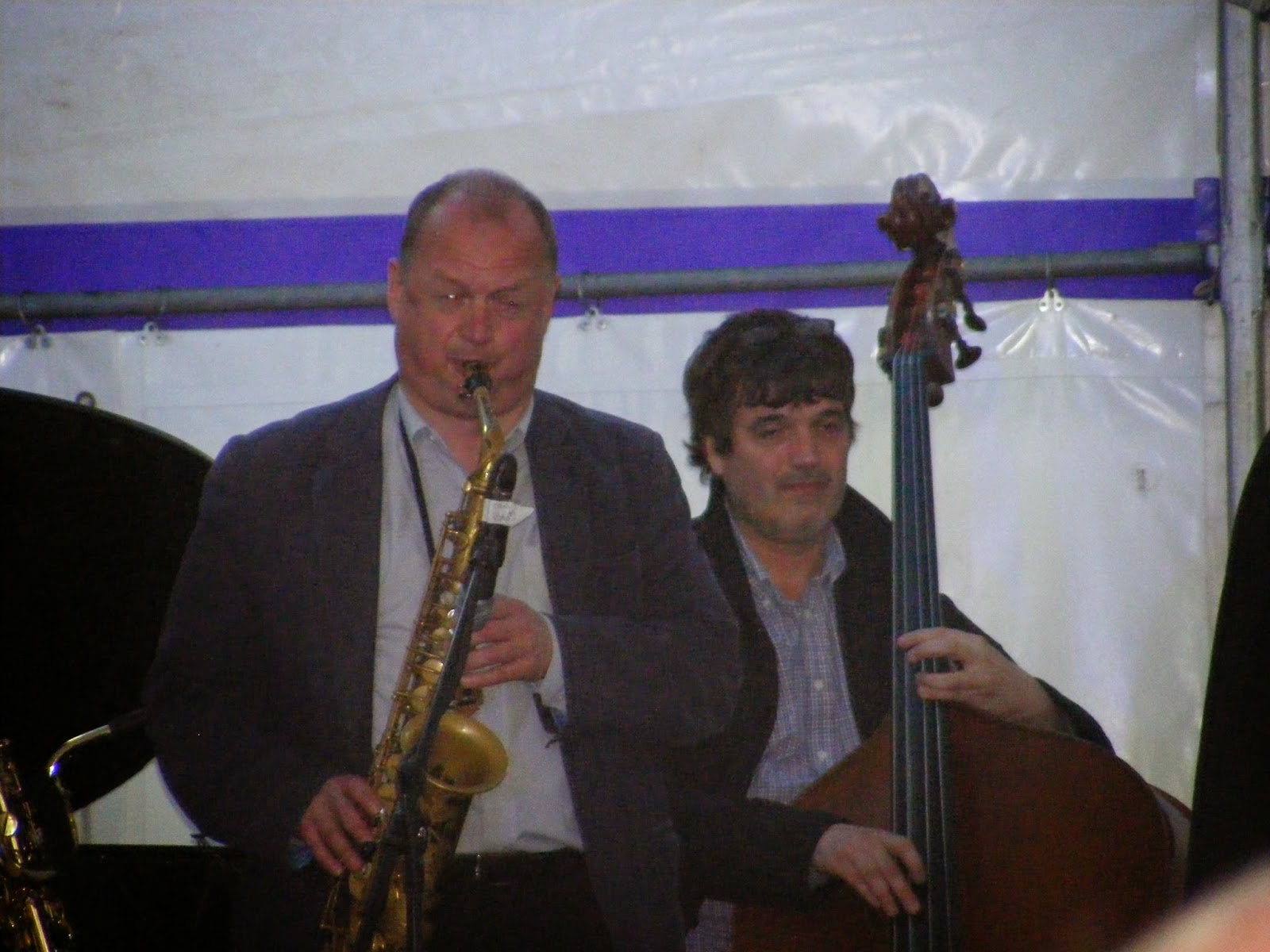 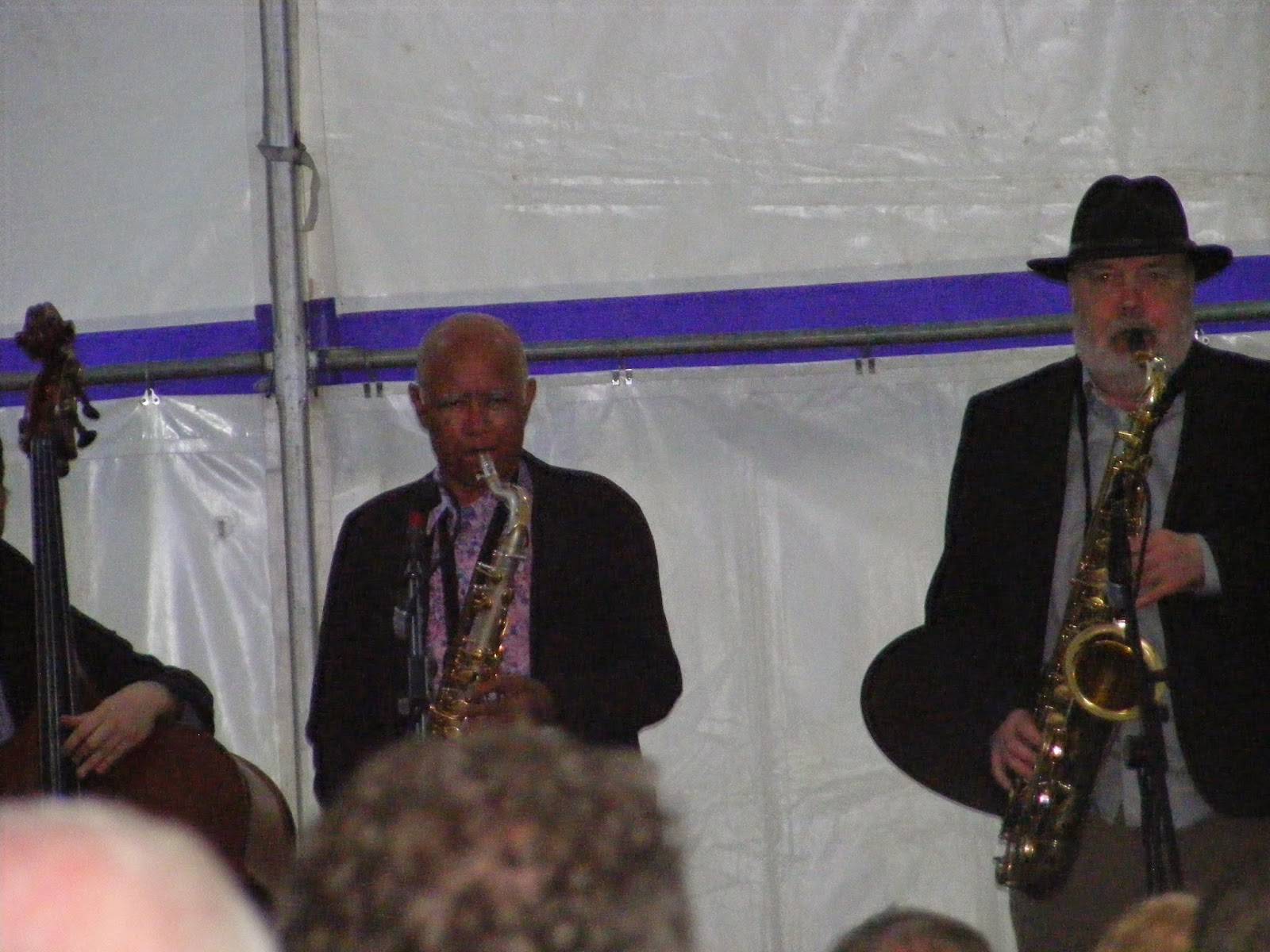 OK, so I was probably suffering form “Festival Fatigue” by now, but for me this terrific line up of talent was a bit of a disappointment. In essence a jam session, but I don’t think it worked. No previous discussion appeared to have been had about how who should play what. A messy intro and ensemble exit from each tune, followed by a row of solos was not a good end to a wonderful festival.

I made the mistake of going back to my digs, and not trying out Marquee 1, which I am told was wonderful.

However, I must pay due credit and give due respect to Fred Lindup and his team for organising another wonderful jazz festival. You cannot please all of the people, (or even me) all of the time, but Fred assured us that it will be on again next year, and I have already booked next years accommodation (The Robertsbrook Guest House, thank you Clare). As I said earlier this festival, which I have been coming to for 23 years, gives you a chance to hear a great variety of talented jazz musicians playing in a wide range of styles, and in a wide variety of venues. Long may it continue.