A Brief Blog This Week

To remind you that we have  Kelvin Christiane on sax and flute this week, together with trumpeter Andy Gibson, who I seemed to have missed on his last visit.

The program for the following weeks is below

Last week's session with Robert Goodhew and Max Brittain was another great session with some wonderful saxophone playing, showing how Robert is maturing into a really fine tenor-man. If you missed him he is with us again at the beginning of September. Max is back with us again at its end!

Geoff Swaffield's photos of the evening are below. 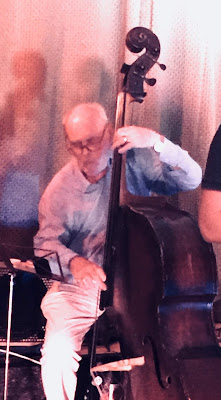 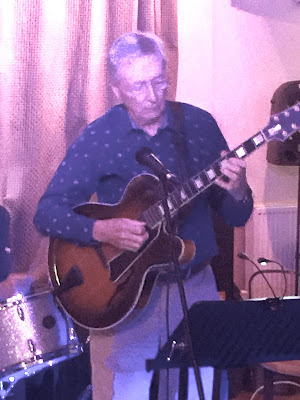 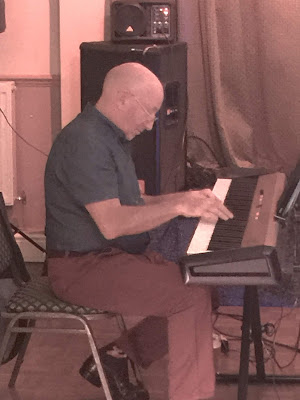 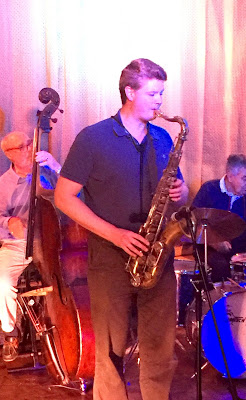 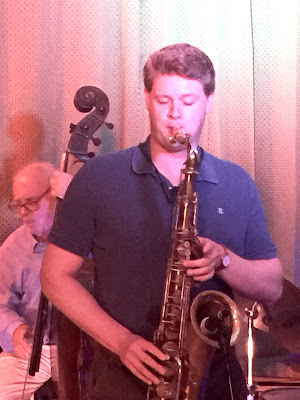 CD LISTENED TO THIS WEEK

I've probably mentioned it before, but one of the UK's great big bands that are currently still playing is The Scottish National Jazz Orchestra, led and run by saxophonist Tommy Smith. I have been listening again to their version of "Rhapsody in Blue", a 54 minute live performance with Brian Kellock doing the solo piano bits. This is a reworked version of the Gershwin original, still eminently recognisable, but definitely a terrific jazz piece for a modern big band. Wonderfully recorded (as are all there CD's) it's on Spartacus Records and every comment on Amazons page for its purchase gives it 5 stars. I have loved it since its release in 2009 and can heartily recommend it. 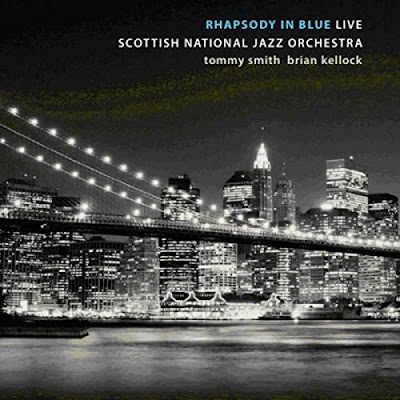 PS. The listing for August and September appears slightly scrambled. Sadly I have been unable to correct this, as Googles software seems to inhibit is correction!!