Hedsor Jazz always has music to look forward to, but sometimes we hear from attendees that they have really enjoyed what they came to hear.Last week was no exception. We had a nostalgic return of “our” reed section, Mike Wills. Still not able to drive until later in the year it was very pleasing to have guitarist Jezz Cook bring him and accompany him for last Thursdays session.
One of our regulars emailed me thus:

“…regarding last Thursday's jazz, which I enjoyed immensely. It was great to see, and hear,  Mike Wills again, who seemed to be playing out of his skin! He was absolutely fantastic. The same must be said of the interplay between Mike and Jezz Cook - truly wonderful. All the musicians put in stellar performances which contributed to an exceptional night of Jazz. Great musicianship by ALL concerned”

We don’t always get sentiment like that put into emails, but I will say that that is also my feeling about the sessions we run at Hedsor Jazz. First Class musicianship, First Class jazz.

So a great big THANK YOU to all the musicians who come and play for our Hedsor Jazz audience. I feel it has been a privilege to have been a small part in keeping Hedsor Jazz going every week for over a decade.

Sometimes however we could do with a larger audience, so do consider our published list of forthcoming gigs, and consider coming perhaps more often than you do. Yes, I know this is read by the dedicated, but tell your friends what they are missing.

AND it costs a lot less than a ticket for a ladies cup final ticket (£15)!

Coming to Hedsor Jazz will give you excellent jazz, contact with the musicians, free car parking and beer at below £4 a pint. Oh yes, and all this for £7 each entry.

Next week (Thursday 9th May) the band will be Lester Brown on trumpet, Duncan Lamont Jnr on saxophones, Ken McCarthy on keyboard, Terry Davis on bass and Mike Jeffries on drums.

I think it will be the same rhythm section for May 16th’s gig as well, when they will be joined by Alan Graham on vibes and John Coverdale on guitar.

A few times a year we put on special evenings, sometimes with internationally known musicians coming to play for us (See June 27th, August 1st, December 19th ). Many times these evening come about through an individual sponsoring the evening. If you feel you would like to be a sponsor, either for a gig already arranged or one of your choice, do discuss this with either John Dutton (Jazz Angels treasurer), Mike Jeffries or myself. We would be very happy to talk to you about it.

Photos from last weeks concert are below. 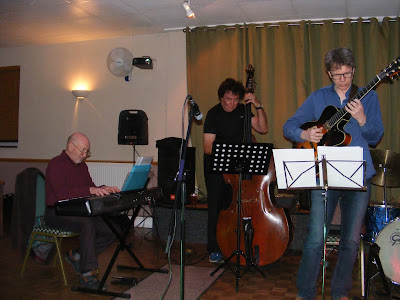 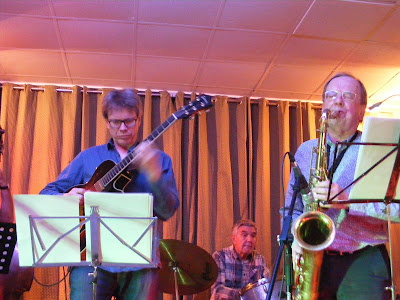 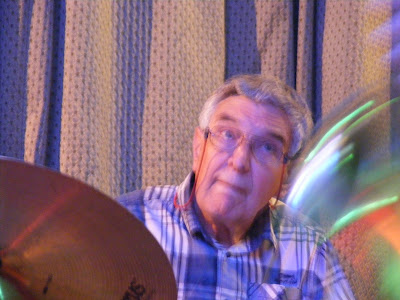 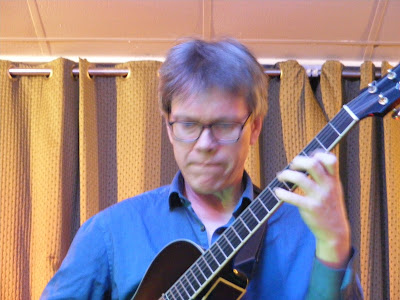 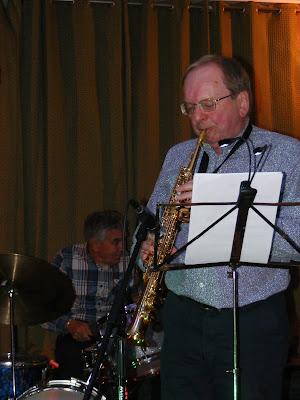 Well , as they say at the Saturday Morning Pictures, “That’s all folks”. 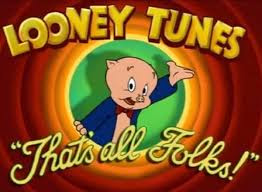 What, don’t they run Saturday Morning Pictures for us kids anymore? What is the world coming to!