Is a trumpet player who hasn’t been to Hedsor Jazz before.
Matt Holland. 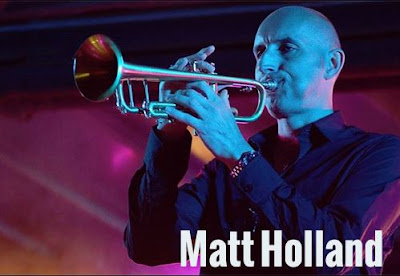 His résumé includes touring the world with the likes of Burt Bacharach and Roy Ayers, as well as live performances on Strictly Come Dancing, Dancing on Ice and a special X-Factor show with Robbie Williams.
Matt has also spent time in the studio recording for Ray Charles and eight Van Morrison albums.
He will be accompanied by a saxophonist who HAS been before, and who has often played more than one saxophone at the same time, a la Roland Kirk. Yes Kelvin Christiane will be with us again. So putting the two together seems like a good idea. Usual start time and usual entry fee. DO TELL FRIENDS, we really are getting some very talented musicians coming to play at Hedsor these days, and I’m NOT ignoring our regular guys in that at all. Martin will be leading the backing group, (sometimes from behind his drum kit), with Ken McCarthy on keyboards and Terry Hutchins on bass.
It would be nice for our finances if we had a larger audience.
It would also more fun for the musicians too.

Those of you who braved the weather last week (well, really only the weather forecast!) were entertained to a world class performance, it was a real WOW. I need not say more than Nigel Price. 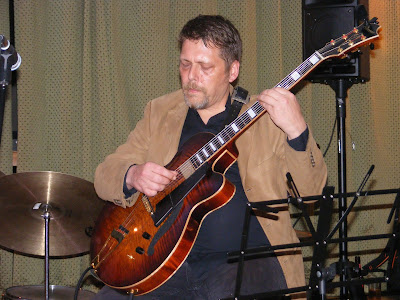 But I will, because we also had that wonderful pianist John Donegan. What a night. They didn’t know each other! But by the time they got to play “You’d be So Nice to Come Home to” they had both realised that the other was very talented. 15 minutes of chase, “I can do better than you", changes! 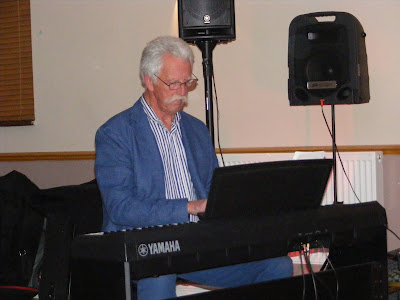 We had one or three musicians in the audience and Roy Hole who was sitting with me said at the end of that tune “How about that then”! Another said if only his pupils had come, they would have learnt more than he could ever teach them in that one evening!
And we did have some students there. Our Brunel University helpers (with Instagram anyway) had told me they were going to come. All through the first half I looked out for them, but no sign. Then at the beginning of the interval, there were our two, plus a friend. They had got off the train at the wrong station and had walked …. from Cookham! “What lovely scenery” is all they said!
Nigel emailed later Thanks for having me. I look forward to seeing you all again at some point.

Keep well and hope to see you again in the not too distant future. Best wishes,  John

More photos from last week (mine and Geoff Swaffield's) are below 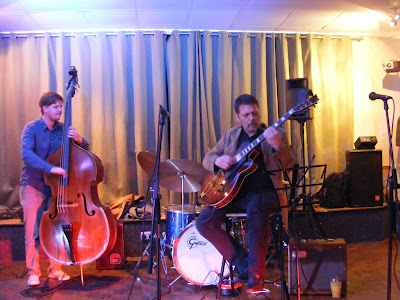 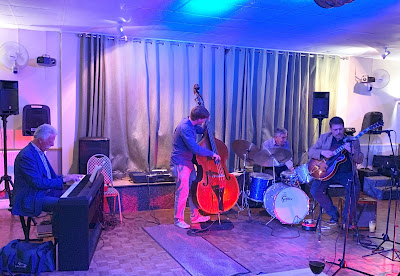 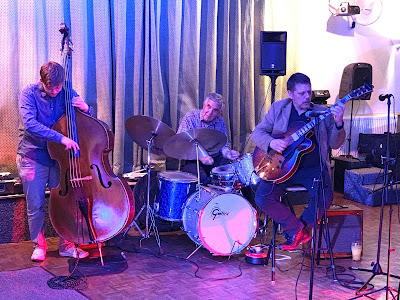 Next week, June 27th, another combination of talents who haven’t been to Hedsor before, trumpeter Ian Smith and saxophonist Ollie Wilby.
Hedsor Jazz....EVERY THURSDAY!
ps. I have no idea why blogspot sometimes puts a white background to my text.