Another Thursday rushes toward us at the speed of…….OK, it is minute by minute and hour by hour, but  the last few weeks have all been a bit of a blur. However, I intend to get into focus for this coming Thursday because it has 2 great friends coming to play Hedsor Jazz for us this week. Al Nicholls on tenor sax, and Alan Grahame on vibes, along with Martin Hart on drums (as always), Nigel Fox on keyboard and I think it will be Terry Davis on bass. I don’t think that any of the Hedsor Faithful need any words added to either the names of Al of Alan to encourage you to come out. They are already “legends”! (BUT they do exist)!

Whilst I ponder the word “bass”, have any of you caught up with the YouTube video of “Post Modern Jukebox” and their version of “All About the Bass”? No, then go do so. It is musically (and visually) very enjoyable!

Last week I was missing from the throng of Hedsor Jazz as they listened to Duncan Lamont Jnr with Andy Gibson on trumpet, but our sound engineer Geoff Swaffield did take some photos for me, and they are below. 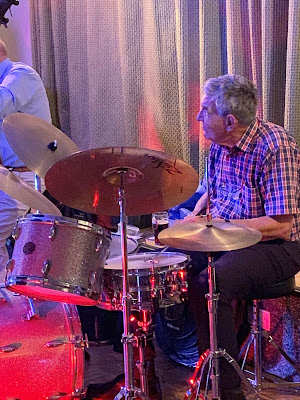 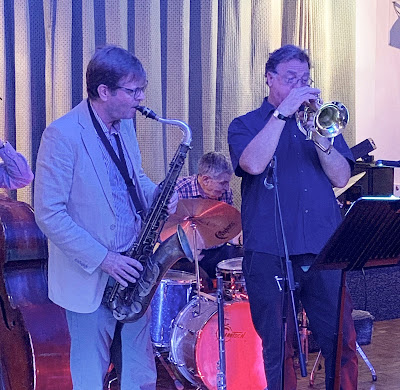 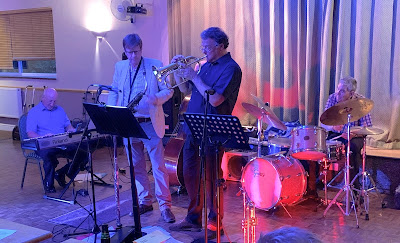 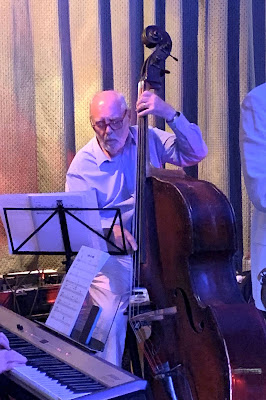 I have had time this week to reflect on August 1st’s session with Sarah Moule and “The Genius of Duke Ellington” and it has certainly made me revisit my collection of Ellington recordings. Not all of his music was issued on records. He made many recordings of his orchestra in rehearsal and for his own use. Neither have all of his tunes have become well known or are even played today. Some of these Duke Ellington private recordings have made there way into the public domain and I did look out some recorded in the 1966-67 playing year. Duke was asked to write the music for a play called “The Jaywalker” written by former film star Barbara Waring (later Lady Conlife). It was due to be performed in Coventry Cathedral in 1997, and he recorded his music for it on March 23rd. I don’t know if this play ever actually got perfomed, but the music, or at least some of the tunes for it, have now found there way onto a storyville cd (101 8390).

Below is an enlarged view of the cover, with ALL of the tune titles!

On this cd are also other bits of music recorded, at the Duke’s own expense, for his own reasons, which have, by and large, never before been heard. There is even an example of how a tune may have been rehearsed, including vocal direction and humming from the orchestra (“Tin Soldier“). The orchestra is as of the period, with some of the great names still very evidently playing in it. Johnny Hodges, Harry Carney, Paul Gonsalves, Lawrence Brown are all evident. It is well worth seeking out, even if just for its interest value. The only tune on it that I have ever heard before is “Blood Count”, but there are some excellent tune titles…”Chromatic Love Affair”, “The B.O. of Traffic”, and 25 seconds of “Cross Climax”. Maybe he had heard of the Coventry Climax range of engines! Yes, OK, I had a Hillman Imp!

TTFN
Posted by Geoff Cronin at 2:33 AM