What a good week was had for jazz last week!

We had the Clive Burton Celebration Quintet at Hedsor (photos below), and on Friday, with 2 other Hedsor fans, I went and saw Tina May at Norden Farm. Both excellent events and Norden Farm was a sell out! 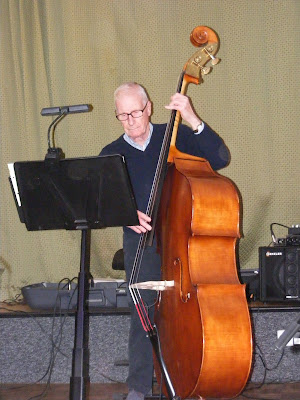 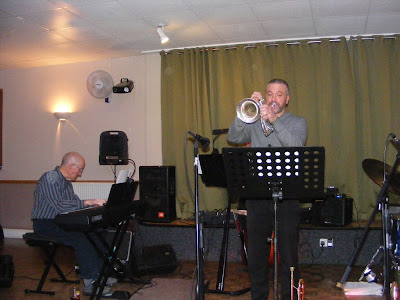 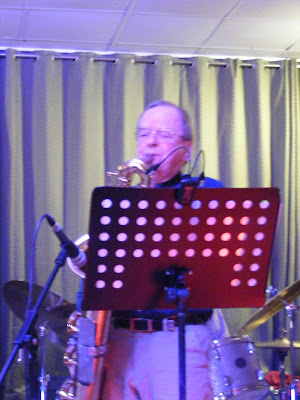 It has been a real privilege to hear such wonderful jazz so near to home, AND to call many of the players involved friends too.

Coming this week (Thursday March 5th) we have more jazz at Hedsor that is in the world class category.

Trumpet player, and raconteur, Ian Smith, will be accompanied by saxophonist Ollie Wilby. The pair will be backed by Ken McCarthy on keyboard, Peter Hughes on bass and of course Martin Hart on drums. 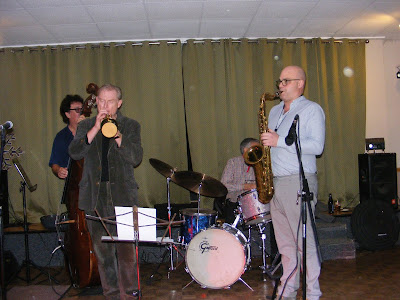 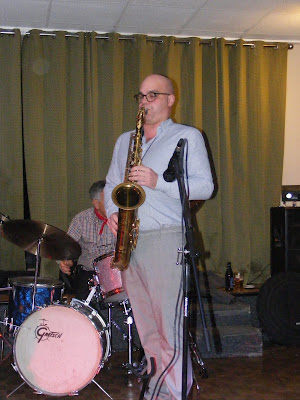 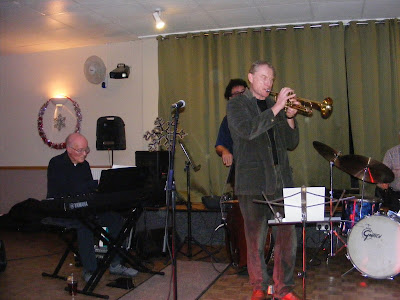 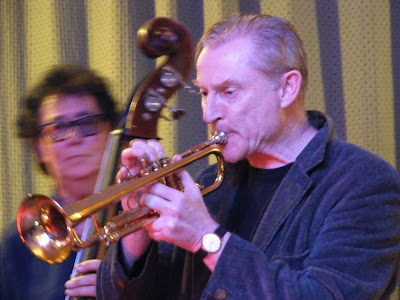 Hopefully Ollie will be able to stay on a little longer after Thursdays session at Hedsor. Last time he was with us he had to dash off to catch a plane at 5am to some foreign parts. It is rumoured that even jazz musicians like to sleep sometimes!

It is of course one of the joys of Hedsor Jazz that you can converse with the musicians after the gig. Try that at some of Britain’s larger concert halls!

Tina May was saying during the Friday night concert that she has recently recorded a complete album of Duncan Lamont tunes and, of course, she has Duncan Lamont Jnr on the album. Do watch out for it’s release. Hedsor Jazz has of course had both Duncan senior, Duncan junior and Tina herself play for us many times in the past. Do spread the news about Hedsor Jazz, we do have significant jazz stars come and play for us. 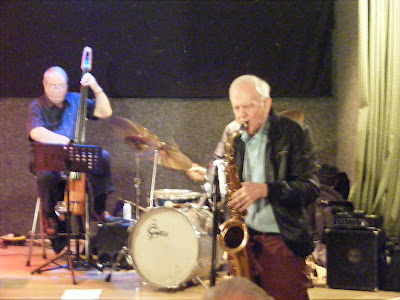 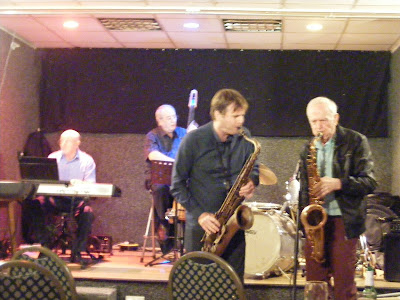 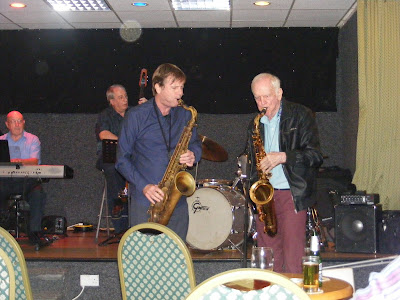 The last couple of weeks I have looked back on the music I listened to as a teenager. My route to jazz, and to playing trad jazz trumpet, started in my parents front room in Hammersmith.

For some reason we had at home a coaching horn, which somehow seems to have got lost in more recent years. But it was brass and copper and a 4 foot long horn. So, I started to blow some of the notes that came out of the jazz 78’s I was playing.

In those far off days of revivalist jazz (slightly before the trad jazz days of the late 50’s early 60’s), that meant, of course, Humphrey Lyttelton.

I eventually saved up enough pennies to buy a Selmer trumpet from a shop in The Charing Cross Road. Around that time LP’s came out, and we had a proper electric graphone at home in that front room. So, I started to accompany Humph as he transitioned into mainstream.

Some of that music is available on a LAKE CD album (LACD238), including “Glad Rag Doll, “Swing Out”, and “Christopher Columbus”. It was the band just before Tony Coe was drafted in, and about the time Stan Greig got called back up for the Suez Canal Crisis! He played drums on those sessions. When he eventually returned from his callup, he played the piano!

I know nostalgia does cast a rosy glow over most things, BUT I think the music is good enough for me to recommend you go find this compilation.

However good recorded music can be, nothing replaces the live version.
That too can also always be played back, but  in memory!