As I said in last weeks blog I did succumb to the temptation of the 10 CD set of “Jazz at the Philharmonic”, so this week I haven’t felt tempted to add anything new to my collection. Maybe you have? Don’t forget to tell me via my email address for this blog
Octogeoff@outlook.com
together with any thoughts you may have had on your new purchase.

I have also uploaded to DropBox a Hedsor Jazz concert from 2018 with Duncan Lamont Jr and Stuart Henderson that I recorded on my mobile phone, so do check out

The first YouTube link this week might look a bit odd, as it has a reference to Sandy Brown. BUT it carries a very nice tribute to Clive Burton, together with a clip of Clive and the band playing “The Night has a Thousand Eyes”, again with Zane on keyboard and filmed at “The Fifield Inn”, the regular  Sunday night spot for the band. 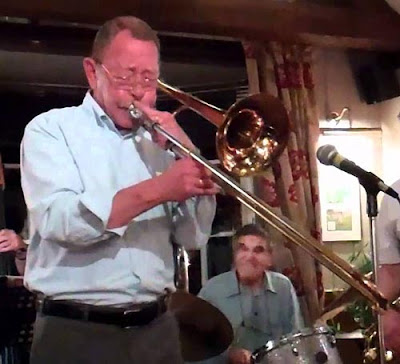 OK, I also get quoted from an old blog report! Is that fame?

I must admit I have been wondering not just when we can all get back to having such wonderful live jazz together at Hedsor again, but how we can do it.

You may remember that when we first stopped live jazz at The Hedsor Club because of the virus we said we would possibly resume on Thursday 23rd April?  Now we know from experience that sadly this cannot happen.

Maybe though when some of the restrictions are lifted we could possibly produce a video of an evening, a bit like the way I have recorded CD’s of concerts in the past, so that those who don’t want to risk possible exposure to that virus (before a vaccine has been developed to protect all of us?) can become a virtual audience. Again, please post your ideas and suggestions to Octogeoff@outlook.com

One of the joys I have had from YouTube these past few weeks has been the amount of music you can hear from “Tuba Skinny”, a New Orleans band still playing in New Orleans very much in the style handed down from earlier inhabitants of that town. 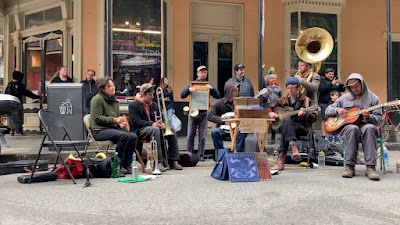 Do check it out. I know it isn’t the kind of jazz we were used to listening to at Hedsor, but do take a good listen to them, and at there ability to play. The young lady on the cornet makes it look SO easy, when it certainly isn’t, I still have my trumpet from the days when I used to play some of the same tunes and know how hard it can be. Then again the understanding they all have of each tune, of each other and the way the tune should be played. Your thoughts on their music on a postcard please. Or you could simply use that email address.

One last picture below 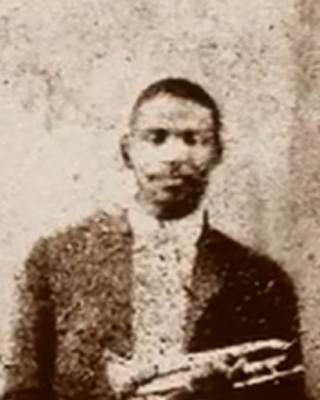 You may be able to blame a lot of the development of jazz on his man, who died in a lunatic asylum in 1931.

His name was Buddy Bolden. He never recorded, although the early recording process was available to his band. He said he didn’t want other people to copy his solos! So none of us have ever heard what he sounded like. However, a fragment of one of his solos does exist in musical memory. It is generally thought that the main theme of the tune “Buddy Bolden’s Blues” was one of his solos!

Sometimes you can be too careful!

Another of the early exponents of jazz was Jelly Roll Morton, piano player and band leader (look up his “Red Hot Peppers”). He wasn’t so shy of recording, and before he died in 1941 he laid down some solo piano tracks for the US Library of Congress and on one of those recordings you can hear him sing “Buddy Bolden’s Blues”. 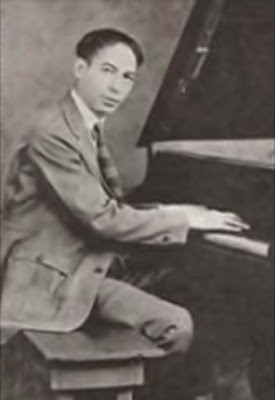 OK this is the last last picture this week!!