I hope you have all had time and opportunity to read last weeks blog input from me. For real live jazz, all I can suggest just now is to follow the links to Jazz Past.

I have had one or two interesting interactions with others this past week on “Now” and “When” jazz future might be!

Alan Grahame was quite amusing in his analysis of the realities of future live jazz events in his Facebook comment last week:-

“I can't work at home, I play in jazz clubs. I never get closer than 2 metres to the bass and drums if I can help it and there are never more than 6 people in the audience.. are they open yet ?” 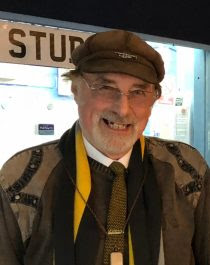 Michael Eagleton on the other hand was obviously a bit more downbeat having read the proposed guidelines obtained by Jazzwise Magazine for near future live performances:-

“2 metres between members of audience side and rear and NOT permitted for two persons to sit on adjoining seats even if they come from the same household – reason being it would be impossible to “police” that they do indeed live together!  Another proposal for music venues: Front row of audience 10 feet from musicians on stage, I can only assume to avoid contracting anything from a powerful trumpet player! With those restrictions the maximum crowd would be 40 or even less for me.
I also tried to imagine half time at the Legion: one barman only allowed, and the queue two metres apart waiting to be served with a drink: it would take ages.
Impossible situation and a great shame: maybe when things eventually return to normal I will have lost the will to carry on”.

Michael becoming disheartened, after all he has done for jazz and not just locally either, saddened me, and I promised him that “if I was spared” then we together would somehow or other have live jazz back in our diaries for us to attend and enjoy locally.

It IS difficult to envisage this at the moment, BUT I was going to live jazz venues in the days when polio was an ever present threat, long before the Salk vaccine had been invented. The threat of infection will diminish and I am sure we will be able to mix socially again. I will say that in those 1950 days public safety and the hygiene arrangements for enclosed group gatherings were far less stringent than that of  recent but pre covid 19 days.

In order to amuse ourselves whilst keeping safe and, (no matter how diluted the message), “staying at home”, there are still gems to be had from the past to entertain us and that’s why I try and point you to some week by week, in this “dry” season. 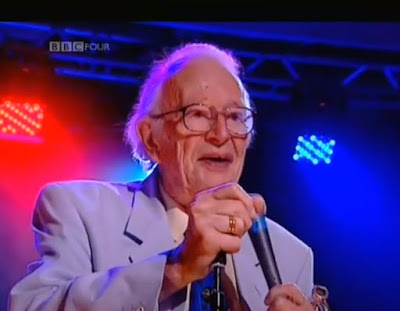 This week I want to point you at a BBC program put out around the time of Humphrey Lyttelton passing, “Humph’s Last Stand”

Humph was not at his best, but his band and his guest were. We have seen some of these guests at Hedsor and Marlow too, so do check it out. It is a “proper” 48 minute long program, and well worth looking at with a pint of Rebellion in your hand. Oh, yes, this is still available. The Rebellion Brewery WILL deliver cases of 12 bottles to you door if you ring them up  https://www.rebellionbeer.co.uk/brewery-shop/beer-available-today-prices.aspx

The TV show was recorded in Brecon as part of the once great Brecon Jazz Festival that I attended many times. Great Days with many happy memories!

One thing today that we must all do. At 1pm Mandy and Joan Jordan will be attending John Jordan’s funeral. DO remember them in your thoughts. I spoke with Mandy yesterday and arranging this very sad event in these very difficult times has been even more difficult than usual for them. The death certificates were “lost” in the registered post!

Around 1pm during the funeral service, a recording, made at Hedsor, of Stuart Henderson Playing “Some Other Time” will be played. You can listen to it at the same time:-

One of my occupations during this time of constraint has been remastering recordings made on reel to reel tapes back in the 1960’s. This past week I have come across a recording made in 1966 by the late Harry Horsham from off a BBC Jazz Club broadcast. The writing on the tape box is very faded, and I cannot be sure of the actual recording date, but my goodness what a conglomeration of jazz talent. It was a special recording made before a jazz festival, with almost all of the festivals participating musicians taking part. So here I have now on a cd, the combined talents of at least

They don’t all play at once, but have been organised into different fairly compatible sets. It just made me realize what wonderful talent there was available back in the day.

The thing is, we didn’t appreciate it enough then, and that is true today of today’s players. Hedsor Jazz WILL return, just like General  Macarthur! And yes, we may have to wade ashore to do it, but it will happen. And we must redouble our efforts to get more people used to the idea of listening to live jazz yet again.

Take care, and whatever the current government catch phrase is, stay safe.