Yes, it does get more difficult doesn’t it! Trying to live in virtual reality, seemingly nothing is now new for you to do or watch or listen to.

But that really isn’t true. Oh your cupboards, which haven’t seen the light of day for years, are now more organised, you have discovered historic documents, and found things that you would swear aren’t yours at all. But are you sure there are still no more cupboards to investigate? Well, if you are anything like me, you have still got more to do and more to find, and yes, history will become alive again in your hands!

I have been through some of this process, and discovered the certificate/letter given to all school children at the end of WW2 by King George VI and the 2 foot long photo of ALL the boys in my school in 1950. AND I have found some more tape recordings!

These I have been re-mastering to get them onto CD, and I am amazed at what I had forgotten. They date from 1961 to 1965 and were recorded “OFF AIR” from BBC Jazz Club. The quality of performance is generally excellent.
I had forgotten what the Chris Barber Band was like when performing “live”. 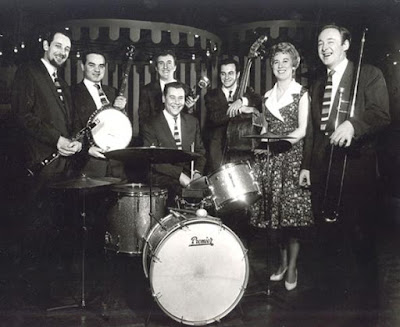 How vibrant and innovative Alan Elsdon’s band was, playing Glenn Miller tunes before Sid Laurence had rediscovered them.

And how good Bruce Turners Jump Band were. How could they have failed their first BBC Audition! But they did.

Even the announcements and introductions are a blast from the past.

How different life was back in 1963. I was just coming to the end of my National Service (in the RAF), and certainly at the time of the first recording I have rediscovered, I had yet to experience (from beneath the Air Ministry) The Cuban Missile Crisis. I still have the Official Secrets Act form signed by me and my CO swearing me to silence and with instant punishment if I let slip that I was working on cipher machines. 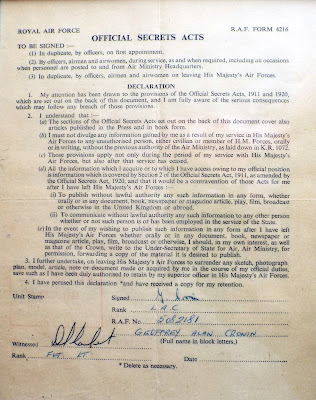 Dam, it has slipped out, I shall just have to go back into quarantine!

I now have details of John’s funeral.

As you are probably aware, during this present unpleasantness, no more than 10 people are allowed to be at a funeral, but Joan and Mandy would like you to remember John on 19th May at 1PM.  They have asked that a recording of Stuart Henderson playing “Some Other Time” be played during the funeral, which will be at GreenAcre, The Jordans, near  Beaconsfield .

Joan and Mandy have been very touched by the kindness and consideration of all who have expressed their sorrow at Johns passing. You may know that John was a lifelong Watford supporter, and Mandy wrote “My dad would be amazed at all the lovely things everyone has said and done on our behalf.  Even had a couple of calls from the Watford manager and Luther Blisset which my Dad would have been so chuffed” about.

Something for you to watch or listen to this week.

It’s a 1984 manifestation of The Chris Barber Band. They may well still have had a banjo sometimes, but they also had a blues guitarist by then, and what they played certainly isn’t “Trad”

Below is a link to my DropBox folder where the evening of July 4th 2019 can be heard again. You will find Stuart Henderson’s fine performance of “Some Other Time” in set 2 track 6

Both the letter from King George VI and my school photo (in very miniature) are below! 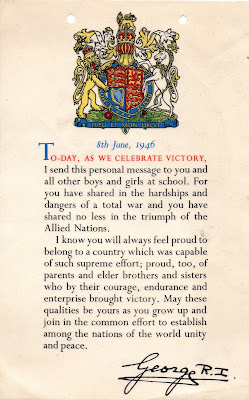