A short reminder of some of this weeks jazz events.

Lynn Garner, Ken McCarthy and Brad Lang are making a nostalgic return to The Harrow in the Hughenden Valley. You may remember my regular nags about their regular gig there every Wednesday, and how the local authority caused it to cease. Well, from time to time, they do still get back to sing and play there, and this Wednesday is one of those times. Do get along if you can, its free, thanks to the generosity of the pub landlord.

If you go to the next gig, you have time to catch the Harrow gig too, because Al Nichols, that lovely rich toned tenor sax man, is doing 2 successive gigs in Windsor:-

So you could do both! Either on the same night, or one week after another!

My BIG reminder this week is that we have rising tenor sax star Vasils Xenopoulos playing for us alongside Clive Burton on Thursday this week. This is one gig you don't want to miss! More accurately, this is one gig I don't want you to miss! A wonderfully melodic yet creative musician, with a degree from Berklee Ca, this young man will go a long way (well, actually he already has, he is Greek!). As usual, the entry price is £3 and the exit price is a raffle ticket.

Record revues later in the week, but for now,

Geoff C
Posted by Geoff Cronin at 3:39 AM No comments: 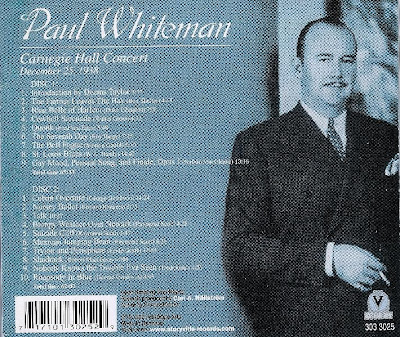 The Back Cover of the 1938 Carnegie Hall Paul Whiteman Concert 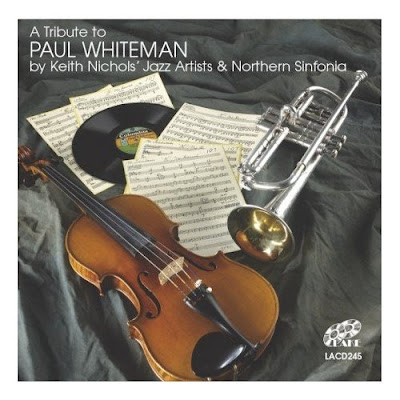 The Front Cover of the Keith Nichols tribute to Paul Whiteman


Just a short Blog this week.

On Thursday at Hedsor we have John Rolls on saxophones (one at a time, but still a muliread player). He has a wonderful way with ballads, so come and pay your £3 and have a listen from 8.30pm onwards.

Sunday at Fifield, another great sax player (and wasn't John Barnes wonderful there last Sunday? But where was the jazz loving audience?), Al Nichols will be swinging along, mostly on tenor sax. This is a free event, but I'm sure the landlord would like to recover some of the costs of his new carpet, so do buy a decent number of raffle tickets.

Coming soon to Hedsor (23rd August) another rising star in the jazz firmament, Vasils Xenopoulos. Miss that gig and you will really miss something very special. He is a regular with "The Sound of 17" big band, and so knows Ken Rankine very well, and I was talking with Ken McCarthy about him on Sunday too, and he is truly a star coming over our horizon.

Thinking of stars, John Barnes played a truly stunning solo on Stardust last Sunday. He started out the number on baritone, but switched to clarinet for his solo, which came as a fitting finale to an evening where meteorites could really be seen outside!

This week I have listened to a recreation of Paul Whiteman's Orchestra by Keith Nichols with the Northern Sinfonia recorded at a concert in The Sage in Gateshead. Initially one would think that the music was passed it's sell by date, but after a few minutes one is captivated by the arrangement and orchestration. Its another success for Lake Records. Its recorded in very good quality sound, and makes you realise what the original must have sounded like. Yes, we do have recordings of the Original Whiteman sound, so I dug them out to listen to.

On Nostalgia Arts ( a division of storyville records ) you can find all of he Christmas Day Carnegie Hall Concert of 1938. I was 4 moths old at the time and don't remember it well! But if you really want to hear the original band (in less Fi than Keith Nichols) then try for 303 3025.Its a double CD, and the last piece is Rhapsody in Blue. Originally written for, and performed by, The Whiteman Orchestra for his first Carnegie Hall concert in 1928.

The album is a must for serious jazz musicologists, the sleeve notes are extensive, and the whole thing very worth having.

One final thought, we could put together a very useful trio, of just Nichols!! Chris Nichols on Drums, Keith Nichols on Piano, and Al Nichols on Tenor. Now there's a thought!


Geoff C
Posted by Geoff Cronin at 3:24 AM No comments: 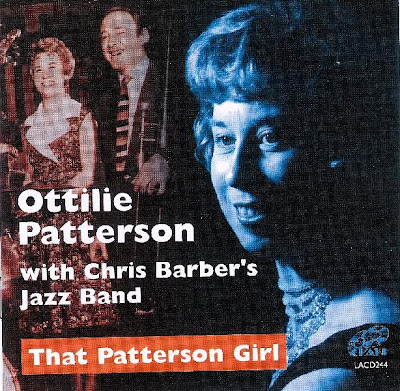 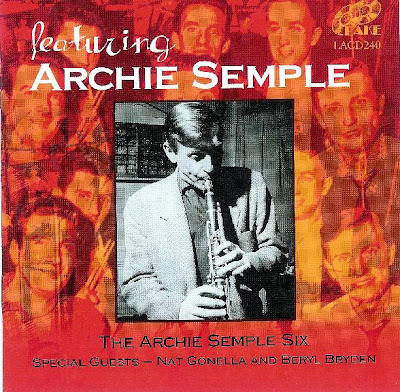 So, what is up and coming in the next few days? Well, just because its my birthday tomorrow, August 7th, Cookhams fabulous Shirtlifters are playing The Bourne End Community Centre for Centre Jazz. 8.30 start, entry by raffle ticket (£4?), which will also get you a light supper.

Thursday, at Hedsors now famous Social Club (did you see the wonderful spread we got last week in the Maidenhead Advertiser) is another great jazz saxophonist, and educator, Peter Cook, alongside the ever regular Clive Burton Quintet. Entry £3, exit only by raffle ticket! Start time 8.30pm.

It was indeed very rewarding to see so many people turn out for last weeks session at Hedsor with rising star Simon Spillett, and all who came will know the tremendous session that we had (with Tim Best replacing our regular Zane Cronje who was brave enough to take a holiday in Scotland!). Simon was in storming form, and unbelievably, IS improving all the time. I don't know how he can be improved, but he seems too!

Sunday, at the Fifield Inn (with a start time of 8pm) the guest is one of Britain's legends. John Barnes, on saxophones, reeds, vocals and jokes. He has played with everyone of note (from The Zenith Six to Humph) and beyond. A great night out for all is assured, come early if you want a seat. Entry is free, but the landlord would like you more if you purchased some raffle tickets!

In line with the more traditional aspect of this weeks music (the Shirtlifters are a trad band if you were in any doubt), I have listened to two new albums from Lake records this week.

The First a CD entitle "featuring Archie Semple" has 9 of the 21 tracks were recorded in 1958 with a band that was really the Alex Welsh band, but with Colin Smith on trumpet instead. So you also have the joy of hearing Fred Hunt and Roy Crimmins again. All of the tracks that came out in some form or other on the 77 Records label organised by Doug Dobell. They really swing along, and have made me realise that when Alex changed over to a line up that included Roy Williams and John Barnes, he was already used to playing in a more mainstream style. Some of the remaining tracks include Beryl Bryden, Britain's popular female jazz singer of the time, and almost forgotten now, there are some tracks that feature the trumpet and voice of Nat Gonella. Archie is of course well to the for, with his breathy Pee Wee sounding clarinet. It was a real shame that we lost him to alcohol so soon in his life.

The Second CD really took me back (and my breath away!). "That Patterson Girl" has most of the tracks Ottile Patterson performed with the Chris Barber Band between 1955 and 1963. Various line ups, but all of the tracks from the first issue on the Nixa Jazz Today label are included. I couldn't bring myself to realise that I had first heard her over 50 years ago. The band in the photos all look so young (they were) and thin (they were, and in those days so was I!). It bought time travel to my front room as I was swept back to those early days of British Traditional Jazz. There are included with this compilation one or two previously unissued takes of previously issued songs, and it is well worth you going out and buying the thing!!

Both are Lake Records releases, Archie Semple is LACD240, and Ottilie is LACD224. If you would like more information about Lake Records look at http://www.blogger.com/

Well that's it from me folks,
TTFNGeoff C
Posted by Geoff Cronin at 2:34 AM No comments: